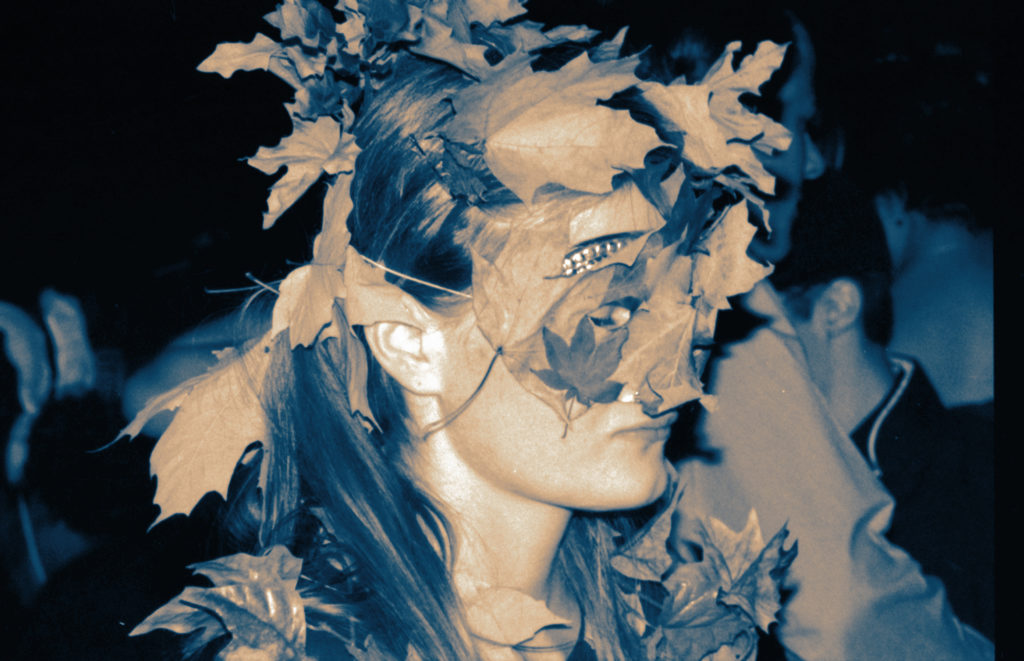 At EthnoBorrel, an ethnography meet-up that I co-run in the Netherlands, we talk about the issues ethnographers face in their applied practice. One term in particular keeps cropping up: impostor syndrome.

Yet many continue to struggle with feelings of being an impostor. Imposter syndrome is a multidimensional experience that can be rooted in sexism, racism, class, and many kinds of professional hierarchies and power dynamics. I want to focus on a different type of imposter experience specific to ethnographers.

Often we work in places where we are the only ethnographer, or one of very few. More often, ‘ethnographer’ isn’t in our job titles, and doesn’t even appear in our job descriptions. And almost universally, organizations we work for or with are not designed to create or act on ethnographic understanding

So we practice ethnography clandestinely, using our observational and analytical skills to be good at our jobs—perhaps under the radar of coworkers and clients. Alternatively, we work hard to explain ethnography, but feel that our colleagues can’t really ‘see’ how ethnography is different from other methods.

Impostor syndrome is experienced by early-career professionals, experienced hands entering new contexts, and even the most senior ethnographers among us. Some people never get over the feeling of being an impostor, no matter how successful they are or how many clients they have.

How can professional ethnographers get over this hurdle?

After many conversations about this issue, I have concluded that a productive way to tackle impostor syndrome is to productively embrace the feeling of being an impostor and use it to our (and our organizations’) advantage.

We ethnographers are professional impostors: we go to places we don’t “belong”, where nobody knows (at first) who we are or why we are there, and we grapple with the fact that people may be ambivalent about our presence, or even initially hostile. We hang around long enough that they begin to accept us. If we play our role right, eventually we will understand how and why they do what they do, and what their world means to them. Or so the story goes.

Being an outsider isn’t just a handicap to be overcome; it is a core part of the ethnographic method. As outsiders we notice cultural patterns that insiders don’t: we can see the water because we aren’t fish. And we study the proverbial forest as well as the trees.

Yet, knowing that being an impostor is necessary doesn’t mean it’s always easy to deal with, either in professional contexts or in fieldwork.

Professional acceptance of ethnography and ethnographers is very new. Until the past decade or so, some people felt that labelling themselves as ethnographers would negatively impact their careers.

A good example is Gillian Tett, who is the chair of the editorial board and editor-at-large, US of the Financial Times, and the author of the best-selling Fool’s Gold. Tett finished her PhD in anthropology in the early 1990s. For the first ten or so years of her career she hid the fact that she was an ethnographer with a PhD because she didn’t feel anthropology would be taken seriously in financial journalism. The global financial crisis in 2008 changed her mind. As she watched the financial system fall apart, Tett began to think that perhaps there is a place for ethnography in finance after all. The tendency of the industry to idolise numbers was not doing it any good.

So, Tett set about doing ethnographic research on the crisis and wrote the book Fools Gold. Since then she's written regularly in the Financial Times about ethnography and how it can help us to understand the world. She speaks frequently at conferences and student events and encourages students to value their ethnographic expertise and explicitly promote it. Another book by Tett, The Silo Effect, even deals explicitly with the value of being an outsider.

Other ethnographers didn’t feel the need to hide their training and expertise, but they had to work hard for recognition. One of the early ethnographers working in technology was Diana Forsythe. For years she did important research in medical informatics. She got into the industry because her father, who was a scientist, had founded a medical research lab. Her father was no longer there, but after her PhD, Diana got a job working in that lab. She believes that she was accepted largely because she was her father’s daughter.

Diana’s job was to improve the systems and processes that doctors used to manage clients. Among other things, she would watch how doctors interacted with software and suggest improvements. The posthumous book Studying Those who Study Us collects her foundational work.

For Diana the road to recognition was long. She says that her colleagues saw the work she did as soft, easy work. They would ignore the suggestions she made; they did not view her as an expert. Eventually she was successful, but it took years of hard work.

Today, thanks to people like Diana Forsythe, we have highly successful and well-respected ethnographers working in all kinds of fields. But we need to get better at embracing our position as outsiders—being comfortable with being uncomfortable. The good news is that anthropologists have been practicing this art for at least a hundred years.

The Value of Being an Impostor

In her novel ‘Return to Laughter’ (1964), Laura Bohannan (writing under the pseudonym Elenore Smith Bowen) described in a fictionalized narrative the struggles she faced doing fieldwork among the Tiv in Nigeria in the 1950s.

Trying to learn enough to fit in was an endurance test. She had to learn everything: the language, the social structure, and most importantly, how to do things like a local.

People would laugh at her and tell her she was ‘like a child’ because she couldn’t do things they felt were basic. She had to learn everything from scratch. This is an important point: Imagine being an adult with years of education behind you, going to a new place, and realizing that people think you are the most ignorant person there.

Sometimes the most basic tasks are the most difficult. Bohannan recounts one scene in which she bathes with the other women. After bathing the women quickly dry themselves off with their hands. Try as she might, Bohannan could not do this as well as the other women, and she returned to the village still wet. It seems trivial, but it was embarrassing and significant. Culture isn’t just tangible stuff like rituals, clothing, and festivals. It encompasses also the things we do in our everyday lives that we don’t think about. Ethnographers pay attention to this basic stuff of life as much as to formal culture.

Bohannan was set to stay in the field for quite a long time. So she had to get used to feeling stupid, ignorant, embarrassed, and ashamed. She had to get comfortable with being uncomfortable.

Eventually Bohannan came to see her ignorance as a necessary part of the learning process. People’s confusion about her difference were moments of disjuncture that helped her to see what was important in their culture. As the sociologist Georg Simmel noted in 1908, being a stranger has other advantages. People may tell you things they don’t feel comfortable telling people they know well, precisely because you are less embedded and are going to leave one day, so there is less reason for you to pass on secrets within the community.

In fact, you have to learn to value these things. Because these experiences are part and parcel of ethnography. Without them, we cannot do ethnography and we won’t be successful in our research. Being an impostor isn’t just an uncomfortable experience, it’s fundamental to our ethnographic practice.

We can apply these lessons in our work. Ethnographers are well equipped to deal with impostor syndrome in any environment. Once you have done a substantial period of fieldwork, and have gone through this process of adaptation, you will always have this experience as a resource you can draw upon. Ethnography gives you a way to understand and own the experience of being an impostor and turn it into a valuable resource.

Let me give an example from my own experience. I recently left academia in mid-2017. I got a job in a company in Amsterdam, and boy, did I feel like an impostor. I had consulted but never worked in a private company before and had no idea what was going on or what was expected of me. I was required to liaise frequently with people outside the company and represent the organization. I was in a 'senior' role but felt like the most junior.

It took me about three months to develop enough familiarity with my environment that I could relax. At that point I was able to switch to 'thinking like an ethnographer', which meant I treated my job as a field site. I started paying ethnographic attention not only to my company’s clients, but also to my colleagues. I didn’t go so far as to do interviews or write extensive field notes; rather, the switch occurred in my head and in my behaviour.

For example, instead of feeling stupid asking questions, I began asking obvious questions intentionally to figure out what assumptions my colleagues were making. This was not only useful, it was also a lot more fun, and I felt more like an ethnographer than I had in my academic research postdoc.

Since then I have become more vocal about my ignorance. Currently our company is working on a project on management issues in communities that build open source software. These are highly technical communities, full of programmers who literally talk (computer) languages I do not understand.

My ignorance of their world is vast, and I have no problem admitting this. But my knowledge of human behaviour and organisation is deep. So I tell them explicitly that as an ethnographer I am a specialist in human behaviour, and that ignorance is a core part of our method: I explain how our very outsider status gives us insights.

To date I have found this communication strategy successful. People aren’t always sure what to make of it, but I say it so confidently that they seem to feel they had better believe me.

So, when you get a new job or a new client, rather than worrying about whether your skills will be valued or understood, try switching to participant observation mode. Study your clients and colleagues as though they are your research subjects. Expect that you will feel uncomfortable and ignorant, and accept that this is a necessary part of the process. If you take this stance, you will be able to practice ethnography every day of your life—even if ‘ethnographer’ isn’t your job title—and do your job better as well.

This article is based on a keynote delivered at an event for the Culture, Organization and Management Master’s degree, Vrij Universiteit Amsterdam, 1 July 2019. Special thanks to John McCreery and Jennifer Collier Jennings for helping me to turn the talk into a written piece.

Forsythe, D., 2001. Studying Those who Study Us: An Anthropologist in the World of Artificial Intelligence. Stanford University Press.

Tett, G. 2015. The Silo Effect: The Peril of Expertise and the Promise of Breaking Down Barriers. Simon & Schuster.

Erin Taylor (PhD, University of Sydney) is Principal Consultant at Canela, a research agency specialising in "messy human problems" in finance and technology use. She is also an Honorary Associate at the University of Sydney and co-lead of the research program of the European Women Payments Network. Erin also co-runs EthnoBorrel, a meetup in the Netherlands that brings together all kinds of ethnographers to discuss professional issues.

Now You See It, Now You Don’t: Ethnography and Selective Visibility in the Technology Sector, Laura Granka et al