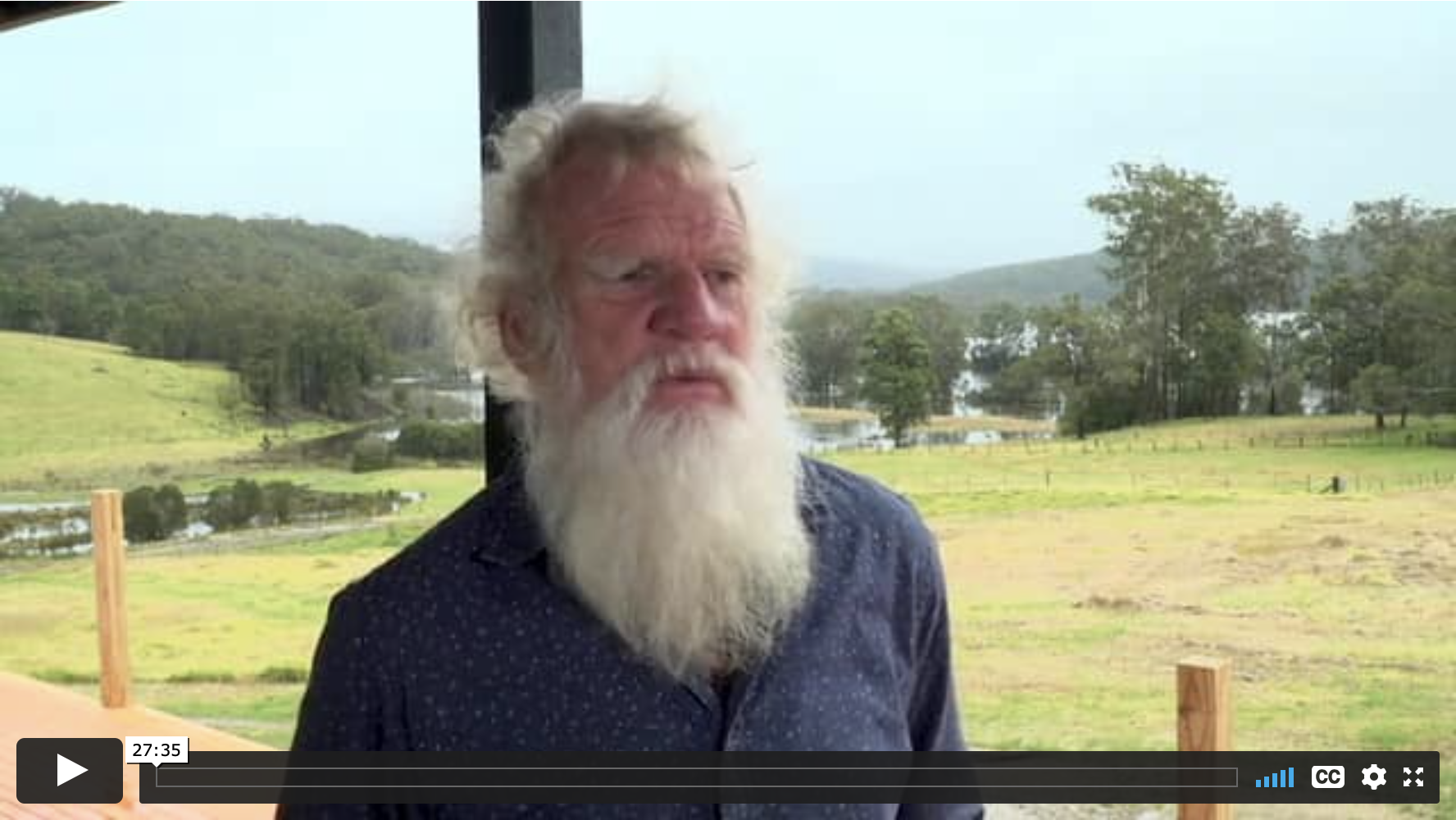 In this keynote address, we join indigenous writer, historian and agriculturalist Bruce Pascoe on his farm on the South East coast of Australia. Bruce employs the theme of Caring to speak to a range of topics close to his heart. While walking on Country with him, we are taken to a ceremonial site on his land that illustrates the importance of cultural heritage, reconciliation, and language to contemporary farming practices in Australia. We visit a forest landscape devastated by the ‘superfires’ experienced over Australia’s 2019/2020 summer, where we learn of the importance of indigenous approaches to land management and controlled burning. Introducing us to some of the nutritious plants and vegetables that indigenous people cultivated in pre-colonial Australia, Bruce talks us through his farming team’s current experiments and future plans to develop indigenous agriculture on a commercial scale on the farm, and he foregrounds the importance of training a new generation of indigenous farmers, chefs, botanists, and food scientists for an ethical and sustainable Australian food future.

A celebrated writer and thinker, Tasmanian and Yuin man Bruce Pascoe is the author of many acclaimed books and short story collections as well as novels for young adults. Dark Emu (2014), Bruce’s history of Aboriginal agriculture, won the prestigious NSW Premier’s Book of the Year in 2016. A Board member of First Languages Australia and Past Secretary of Bidwell-Maap Aboriginal Nation, Bruce received the Australia Council’s lifetime Achievement Award for Literature in 2018.

Bruce lives, writes and farms on coastal Yuin country near Mallacoota in Far North East Victoria and has two children and four grandchildren. Alongside his writing career, Bruce has been a teacher, farmer, fisherman, barman, fencing contractor, lecturer, Aboriginal language researcher, archaeological site worker and editor, and most recently a fire fighter. He has also played 520 games of ordinary suburban and country football and is still playing ordinary A grade cricket.