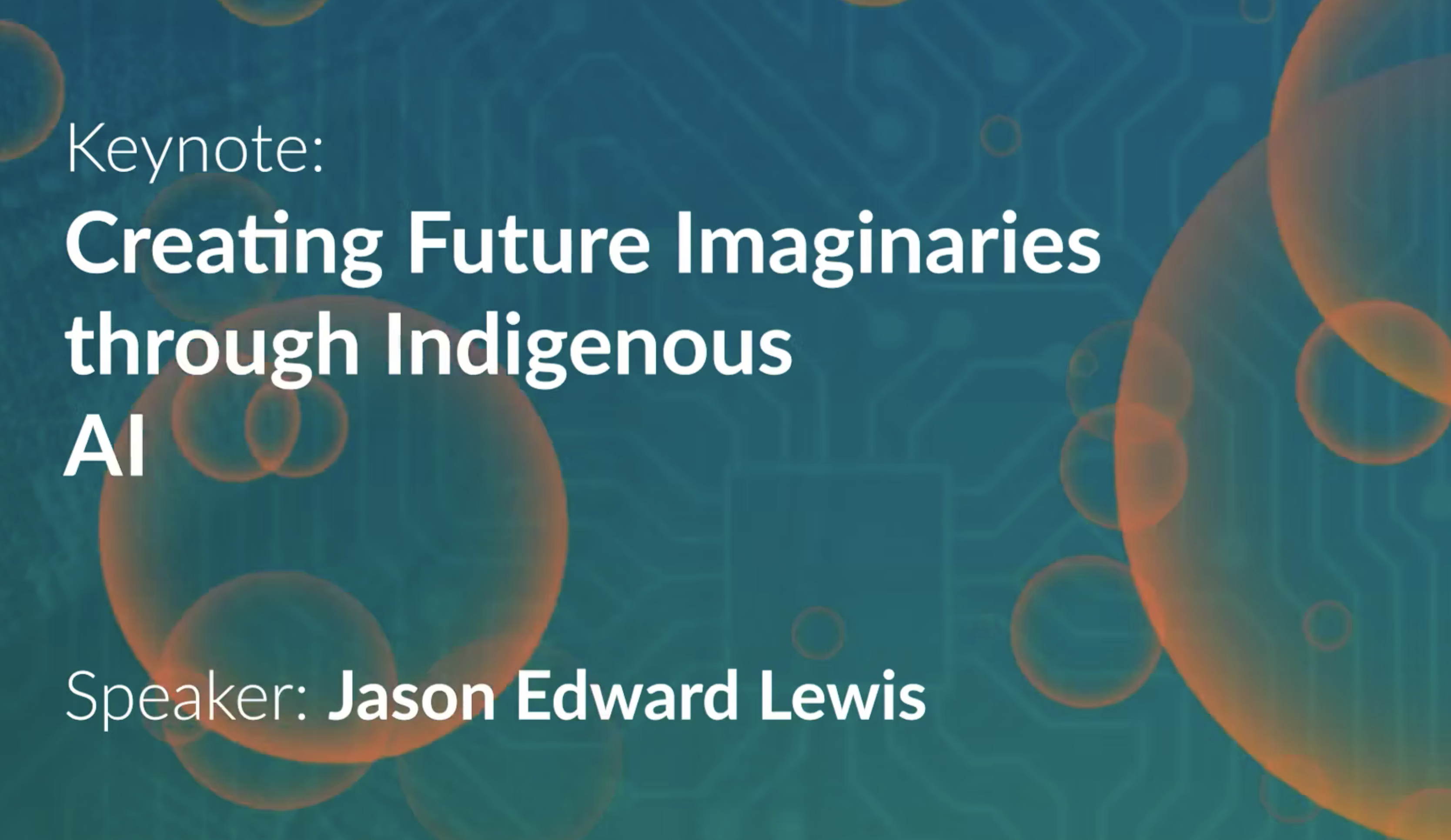 Jason Edward Lewis' multidisciplinary research and creative practice has been central to developing Indigenous media art in North America and worldwide, establishing a vital conversation about the interaction between Indigenous culture and computational technology. His contributions comprise scholarly writing, art making and technology research, as well as his leadership of the Initiative for Indigenous Futures and his creation of the Indigenous Futures Research Centre. A digital media theorist, poet, and software designer, Lewis is currently University Research Chair in Computational Media and the Indigenous Future Imaginary and Professor of Computation Arts at Concordia University. At Concordia he also serves as Special Advisor to the Provost on Indigenous Spaces.

Lewis spent a decade working in a range of industrial research settings, including Interval Research, US West's Advanced Technology Group, and the Institute for Research on Learning, and, at the turn of the century, he founded and ran a research studio for the venture capital firm Arts Alliance. After joining Concordia in 2002 he founded Obx Laboratory for Experimental Media to explore computation as creative and cultural material.  His work has been featured at Ars Electronica, Mobilefest, Elektra, Urban Screens, ISEA, SIGGRAPH, and FILE and recognized with the Robert Coover Award for Best Work of Electronic Literature, two Prix Ars Electronica Honorable Mentions, several imagineNATIVE Best New Media awards, and six solo exhibitions. His research interests include emergent media theory and history, methodologies for conducting art-led technology research, and the use of digital and networked technology by Indigenous communities. Lewis is the lead author of the award-winning essay “Making Kin with the Machines”, lead organizer for the groundbreaking Indigenous Protocol and Artificial Intelligence Workshops and editor of the resulting Position Paper.

Lewis is an ISO-MIT Co-Creation Lab Fellow and a former Trudeau Fellow and Carnegie Fellow. In addition to his Stanford degrees, Lewis holds an M.Phil. in Design from the Royal College of Art. He was born and raised in Northern California.