IoT (the Internet of Things) took center stage at CES last January. Many watchers of the giant Consumer Electronics Show opined the array of new products entering this space (many aimed at mainstream consumers) was the main story from Las Vegas this year.

Rewind a few months earlier to EPIC2015 in São Paulo, Brazil, and twenty-five ethnographers are sitting together in a room to consider how IoT fits with human behavior (and how our discipline can forge a better fit).

This was EPIC’s Ethnography & IoT Salon, where attendees explored the question:

With sensors being placed seemingly everywhere (including our bodies) allowing ‘things’ to ‘talk’ to each other, what sustained benefits do these measures provide?

One Salon participant noted that so far, “Billions of dollars are being spent on IoT efforts that don’t make sense.” 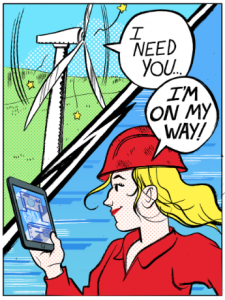 We think the issues uncovered in São Paulo are core to the growth of the IoT industry sub-field for this this year. They also define the kind of IoT Case Studies we would like to see at EPIC2016 to better evolve the Internet of Things, through its relationship with ethnography.

Other directions explored by the São Paulo Salonistas (which should be taken further in 2016 and beyond) are:

What follows are applied examples of these broad growth areas.

Concrete case studies from the consumer IoT space fueled the Salon discussion (and can inspire your own contributions now): Disney’s MagicBand, Nike’s Fuelband, smart cars and Uber, plus various ‘smart watches’ and other devices used for fitness, entertainment, and mobile payment. Stimulus from the industrial IoT space included: predictive software used to keep wind and aircraft turbines healthy, environmental sensors and autonomous vehicles. Claro Partner’s Human Needs Framework (below) provided a useful guide for taking a human-needs-first approach to IoT (download Claro Partner's "A Guide to Succeeding in the Internet of Things"). 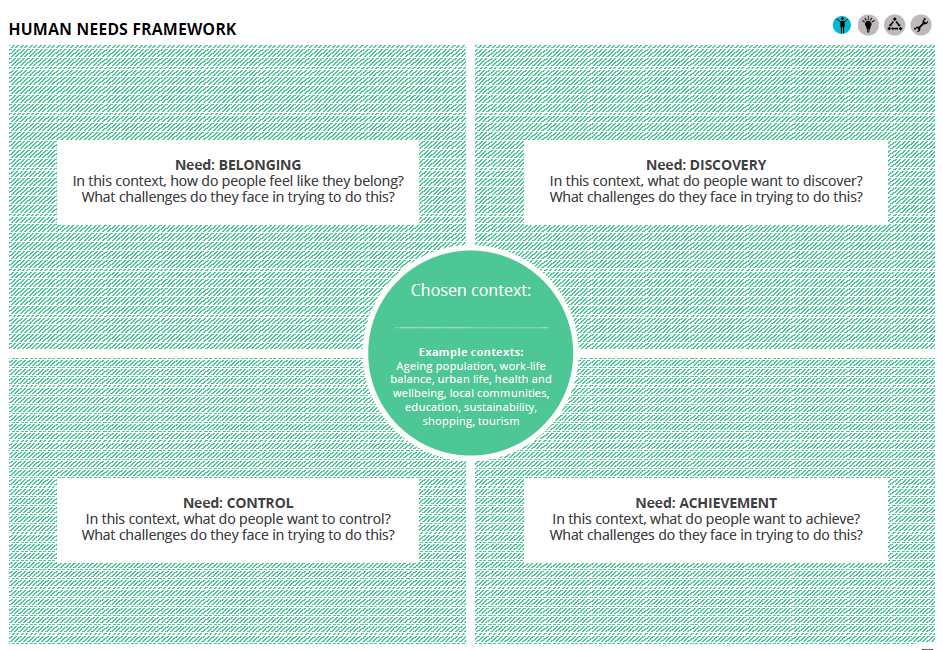 The group discussed the hype versus value of sensor-enabled devices. While there are individual examples of IoT solutions that address true human needs, the reality for IoT today is that instead of one integrated ecosystem befitting the term ‘Internet of Things’, we have many separate 'Intranets of Things' (Claro).

Perspectives on the value of consumer IoT experiences varied in the group. Having sensors on people’s bodies are perceived as “a big tradeoff” in the minds of some, and in the minds of others, can offer unexpected benefits like feeling as if you have a “bodyguard on-board” when you go for a run (e.g., someone looking after your safety). Others ask, “If you are going to track me, what’s the benefit for me?” As well as, “people have different levels of what they want and need to be made aware of.”

The Salon group considered the data and analytics provided by sensored devices and equipment. Real-time and predictive analytics derived from sensor data increase opportunities for automation. While research and design often focus on the human side of the equation, with increases in automation, it’s also advisable to provide devices and equipment with something akin to ‘agency’ and ‘representation’ within the planning process. A good future, attendees agreed, would ensure that as machines become ever more connected, people also increase their connectedness to each other rather than abdicate their relationships to machines.

“At the end of the day, the fundamental question is of Trust.” What amount of intelligence should a machine have to possess before humans delegate to them?

A sage response summed up the relationship between sensored machines and humans: “Sure it’s about sensors and machines, but it’s still human and cultural.”

On the one hand, we still need to learn about how people currently perform specific activities at home or work. Then, we also need to probe how they will or might interact with ‘smarter’ and ‘smarter’ machines taking a share of these activities. Most challenging of all, if the human will be out-of-the-loop on certain activities traditionally performed by people in an IoT future, how do we extend ethnographic practices to include both human and machine when our orientation has been typically biased toward (or at least focussed on) the human subject?

Disaster detection and recovery are rich areas for integrated IoT solutions that offer tremendous human value. Imagine the Smart Grid that informs people of a predicted tsunami, with sufficient advanced warning to let people know when and how to evacuate, thereby reducing risk to people and infrastructure. The same could be true for a forest fire or a power outage.

There are a number of interesting social challenges that would benefit from a holistic IoT approach at the Smart Cities scale. Examples include: clean water for Calcutta, linking agricultural and irrigation system information to ensure reliable food supply, reduction of childhood asthma in Baltimore…the possibilities seem endless. The success of these efforts is relative to the quality of the integration of consumer, industrial, and commercial IoT data, so that all parts of the system are reporting to a shared framework.

Consumers want assurance about the quality of their water and air, and if/how their choices can make an impact. Industrial enterprises and regulatory bodies monitor such information already, although not necessarily correlating the data to a known or suspected area of human need such as adverse health conditions (hello Flint, Michigan!).

A promising strategy could be to bundle sensors at known points of failure in a system; for example, water sanitation, indoor air quality, etc., allowing for closer monitoring and reduction of risk.

India is designing 100 smart cities it pledges to implement. For some cities in India, a ‘Smart City’ is defined as a city that provides good water quality. Other cities may define Smart City differently depending on the needs of their population and government. For another, a Smart City may be defined as able to send signals to its inhabitants and visitors that help them get to know, and fully participate in, the life of the city.

Smart cities initiatives can, in theory, be fertile ground for holistic IoT solutions, addressing consumer, commercial, and industrial IoT interests. But these efforts are often fraught with politics and siloed departments that represents an opportunity for ethnography to assist. Yet Smart City planners often “don’t listen to research” a great deal. How can ethnography tell compelling future stories to persuade parties to come to the table? This represents an opportunity for the EPIC community. Seize it by submitting a Case Study or ground-breaking Paper on how IoT can aid in the development of viable Smart Cities.

Ethnography is well-suited to look at IoT solutions across all domains of life. Socially and culturally acceptable solutions will emerge, and the EPIC community can play an important role initiating relevant conversations, and identifying solutions that truly meet human needs (whether consumer, industrial, or some combination thereof) to achieve successful products and large-scale human benefits.

These IoT Keywords (identified at the São Paulo Salon) are a good checklist of themes you need to be aware of when exploring this area:

Likewise, the following ‘provocative hypotheses’ are designed to stimulate your thinking about IoT as it matures. Consider working for or against these propositions as your develop your IoT products (or if you plan to write an IoT Case Study, Paper, or PechaKucha to submit for the EPIC conference this year—or the next).

Suzanne Currie is a UX Strategy & Design Researcher at GE Global Research. There she applies her background in anthropology, experience design, and human factors to the design of industrial ‘internet of things’ enterprise software (used to predict and manage the health of ‘big iron’ equipment). Currie has an MA in cultural anthropology & museum science from the University of Denver and a BA in educational & industrial technology from the University of Maryland. Prior to GE, Currie worked for Samsung Research America, HGA Architects & Engineers, Medtronic, Brunswick, and The Hiser Group.

Chris Massot is a Partner at Claro. He is a business leader and strategist, with a long history of guiding companies through the reinvention and evolution of their business. With more than 20 years in technology, product development, design, and manufacturing, Chris has helped create disruptive products and experiences such as the Microsoft Xbox, the Nike FuelBand, the Disney MagicBand, and NFL’s connected stadium. He has worked with Apple, Google, Starbucks, Samsung, and a host of startups on innovative products that have enhanced consumer experiences worldwide. See his EPIC Perspectives article Bridging the Gap between Ethnographic Practice and Business.