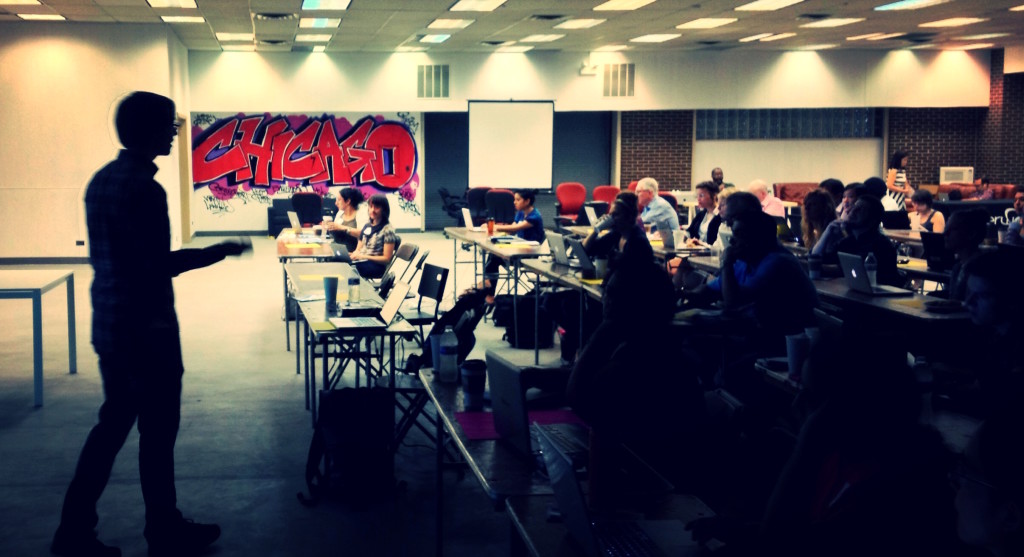 With all of the civic hackathons, civic tech meetups, and civic innovation teams bustling around the world, you’d think we'd have the challenges of government and civil society figured out—or at least be well on our way toward a more open and participatory, resourceful public sphere. Certainly the rhetoric around data, design, and civics suggests as much. But, of course, that’s not the case. The significant ethnographic and design research efforts in contemporary civics are showing us that government and civil society remain fraught arenas and that information and communication technology, along with the ubiquitous “data,” have exacerbated the challenges government, citizenship, and political action.

In the rush to find solutions, what we find instead are more problems. But perhaps it is through these problems, through these messy conditions and patchwork of partial accomplishments, that we might discover new sites and vectors of civic engagement, which in turn might suggest new modes of applied ethnography and design research. To succeed, we must recognize and probe the frame shifts involved in public sector work.

Take design thinking as an example. This perspective on design has been widely embraced as an approach to innovation across a range of sectors and services. In many cases it seems useful. But its application in the realms of civics is more problematic. Design thinking is an approach to designerly invention for business, developed largely within and for the private sector and carries an implicit neoliberal orientation—it seems to assume that commercial products and markets are the most effective means for change. Unless we are willing to embrace neoliberalism wholesale, then we must acknowledge that the private sector and the public sector are not one in the same. Whether we identify as social scientists or designers, the differences of context matter—a lot. So whenever I see mention of the use of design thinking for government, non-profits, education, development, humanitarian aide, and so on, my first question always is, “How is this process being adapted or translated for the particularities of this context?” Too often, it seems, the answer is that it’s not. And this is surprising, given that long ago we abandoned grand narratives, universalism, and total design (or so I thought!).

What's needed, then, is ethnographic work and design research that, at one and the same time, investigates civic conditions and issues and attempts to account for the different responsibilities, beliefs, and commitments that comprise the public sphere. What’s needed is ethnographic work and design research that articulates potentials and speculates on courses of action, and recognizes and elucidates limitations and obstacles toward a more open and participatory, resourceful public sphere.

There’s a conundrum in this context and work—civics is value laden in ways that are different than industry contexts. This is not to say that industry contexts lack values (not at all), nor is this a normative statement about the kind or character of values at play. But studying and working in civic contexts comes with distinctive ideals, principles, and appeals, which consequently affects the implications of the work.

Talking about obstacles to the uptake of a new product or identifying opportunities for product development is not the same as talking about obstacles to participating in elections or identifying opportunities for social services. Irrespective of any particular political valence or position on issues, the civic domain is usually cast as a place where there is a concern for a common good, for equality and equity, and concepts such as democracy and sovereignty are often bandied about. This is not to say that these concerns or concepts are in anyway “true,” or to idealize the sites and practice of civics are in any abstract or pragmatic way. But these ideals, principles, and appeals do frame work in civics and do set different stakes, at least affectively, for work in this domain.

In addition, digital technologies continue to transform the sites and practices of civics. While some scholars and pundits lament that civic engagement is no longer what it once was, others have described the ways how digital technologies are enabling new forms of civics. In 2016 we are in a moment when much attention is being paid to so-called civic technology. The mass of hackathons, meetups, and innovation teams previously mentioned are examples of this trend. Big data and smart cities are two particularly prevalent themes. Both offer promises of increased awareness of civic conditions, drawing from diverse sources ranging from the expressivity of social media to the signals of distributed sensor networks. Both enact the kind of hybridity that characterizes contemporary civics: a public sphere dependent on private infrastructures, assemblages of human and nonhuman actors, modes of engagement that are simultaneously spectacle and activism. Both are beset by challenges of access and literacy that thwart participation.

Over the next two months, we will publish a set of essays in this series Data, Design, and Civics: Ethnographic Perspectives. In this series, we hope to explore questions regarding contemporary ethnographic and design research work in government and civil society, including: How is ethnography being employed across the public and private sphere to make sense of and inform civics? What are the roles and practices of ethnography directed toward the invention of new digital public services? And how might ethnography and other forms of social research provide insight into both the possibilities and limitations of a data-driven approach to civics? Each essay, in different ways, draws attention to the particularities of work in the civic realm and begins to do the work of articulating potentials while also elucidating limitations. Many of the essays are hopeful, but none are naïve. Instead, across them, what we will see (read) is the breadth of opportunities and challenges and the frame shifts involved in public sector work.

Articles in the Series

Ethnography of Public Participation: The Difficulty of Showing Up Even when You Are There, Thomas Lodato

Carl F. DiSalvo is Associate Professor in the School of Literature, Media, and Communication. He earned a PhD in Design from Carnegie Mellon University in 2006 and was a visiting fellow in The Studio for Creative Inquiry and The Center for the Arts in Society. His work explores the intersection of design, art, technology, and politics. His recent design projects have focused on the development of participatory public programs and technology platforms that foster critical engagements with robotics, environmental sensing, and small-scale agriculture. Dr. DiSalvo is associate director and LMC faculty coordinator for the Human-Computer Interaction MS Program.

2 comments for “Introduction to “Data, Design, and Civics: Ethnographic Perspectives””