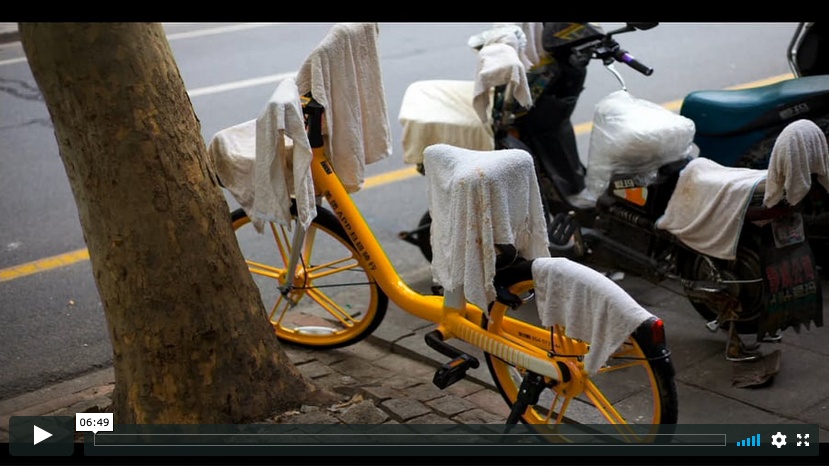 This PechaKucha will take the audience on an intimate, visual exploration of the evolving ways that clothing is dried outside across urban China as drying practices are forced to adapt to limitations by evolving regulation and perceptions of urban modernity. Increasingly, engaging in this social practice requires an act of agency against both municipal governments and one's own neighbors in China.

While drying one's laundered clothing outdoors remains a standard part of rural life, both the legal and physical space for this practice has shrunk during China's massive urbanization. This practice is being replaced by bureaucrats’ desire to stimulate domestic consumption (of appliances, in this case) and their desire to erase from cities what is considered a visual embarrassment of laundry hanging out of windows and between buildings.

Today when something in urban China needs drying outside of one's privately owned space, one must assert agency over a slice of public space: A comforter is draped over a chair in a quiet, sunny corner of an apartment courtyard, or towels and sheets are thrown over a rope running between a signpost, a stop sign, and an electrical pole. While the scales and dried objects vary, the declaration of agency remains.

Zach Hyman is a Design Strategist based in Shanghai, with experience working across China, Japan, Jordan, Myanmar, Italy, Viet Nam, India, Denmark, England, and the US. He has helped plan and run projects around the design of products and services for transportation, home electronics, healthcare, microfinance, retail, and education.
ZLHyman@gmail.com
Twitter: @SqInchAnthro