Business anthropologist (Baba, M. 2006) who have challenged the conventional inside-out approach to corporate decision-making, have often been active in helping companies pursue ‘blue ocean strategies’ (Kim and Mauborgne 2015, Kim and Maugborne 2005), ‘disruptive innovations’ (Christensen, 1997) or more generally to pursue ‘differentiation’ as opposed to ‘cost leadership’ strategies (Porter, 1985). Other times, business anthropologists have studied and helped companies make sense of their organizational cultures (Schein 2004) or focused on the globalizing nature of the contemporary organization (Jordan, 2013).

Cost reduction is still considered outside of domain of business anthropologists

But while the influence of business anthropologists seems to be on the rise within corporations, there are large and important elements of corporate life that are still largely left to traditional management approaches. One important such area is cost reduction, a central focus area for most ‘traditional’ management consultancies (including my own former employer, The Boston Consulting Group).

In the few instances that cost reduction has been explicitly taken on by anthropologists, this has mainly been done in the role of a critical ethnography—the anthropologists as an external observer—rather than in an applied fashion where the business anthropologist helps the leadership of the corporation or organization reduce cost. Ho (2009) is a prime example. Rubens (2009) is a noteworthy—if limited in scope—exception.

Cost reduction is still done inside-out in most companies

Following from this division of labor, work on cost reduction is explicitly and anchored in an inside-out perspective of the corporation. The book Strategic Cost Reduction: Cutting Costs without Killing your Business (McCormick and Duff, 2014) can serve as an illustrative example. According to McCormick and Duff, cost reduction should ideally be anchored in the annual budget process and should be focused on first understanding the cost components of a company, then the cost drivers affecting each of the cost components and lastly understand how each of the cost drivers may be affected through methods such as lean, optimized procurement and similar. To the extent that the company’s external surroundings are taken into consideration, this is primarily through benchmarking with other companies.

For these reasons, I believe a fruitful new alley of engagement for corporate anthropologists would be to get involved in cost optimization initiatives in large companies. In brief, I believe that business anthropologists can play a significant role in cost reduction projects in two ways.

Firstly, anthropologists can help anchor cost reduction solidly in an outside-in perspective. This can make cost reduction strategic, ensuring that the cost-reduction programs help companies realize their visions vis-a-vis customers and collaborators, as opposed to opportunistic. One example of how this can work is implied, but not fully elaborated, by Madsbjerg and Rasmussen (2014b). Madsbjerg and Rasmussen describe a client engagement with a beverage company. A focus of the client engagement was to study how bar owners felt about the marketing material send to them by the beverage company. Madsbjerg and Rasmussen describe a key finding as follows:

“Although BeerCo had thought that bar owners valued its promotional materials—coasters, stickers, T-shirts, and so on—in fact those items were at best underused, at worst treated with derision (in one bar, a researcher found them crammed inside a cupboard and labeled ‘box of crap’).” (2014b)

The implication is that the beverage company was spending money undermining the relationship with a key stakeholder group—bar owners. Such a finding most likely would not have emerged from a traditional cost reduction program, where the starting point for identifying cost reduction opportunities would have been benchmarking, not ethnographic research. On the other hand, nobody would mind that the beverage company optimized their marketing by no longer producing and distributing promotional material no one used.

And so, secondly, business anthropologist can increase the likelihood that cost reduction programs will succeed. This can be done by taking an ‘emic’ position, where “ethnographers take the participants point of view” (Ladner, 2014). Taking the participants point of view will increase the likelihood that the identified cost savings will actually be realized. This is important in a situation where McKinsey & Company estimates that up to 90% of cost saving initiatives fail to deliver on (all of) the potential cost reductions. Understanding how employees position themselves strategically in relation to cost reduction programs (Weeks, 2004; Funahashi, 2013) will help senior leaders implement the cost reduction programs better.

Cefkin, M., eds. 2009. Ethnography and the Corporate Encounter: Reflections on Research in and of Corporations. Berghahn Books.

Darr, A, 2008, “The Rise of the Techno-Service Sector: The Growing Inter- Dependency of Social and Technical Skills in the Work of ERP Implementers,” EPIC Proceedings

Gargeya, Y., Holme, M., 2011, “‘Out of the Labs’: The role for ethnography in guiding clinical trials,” EPIC Proceedings

Mack, A., Bowes, P., 2009, “Policy Change Inside the Enterprise: the Role of Anthropology,” EPIC Proceedings

Sherry, J., W., 2009, “The Cackle of Communities and the Managed Muteness of Market,” EPIC Proceedings

Weeks, J., 2004, Unpopular Culture – The Ritual of Complaint in A British Bank, The University of Chicago Press 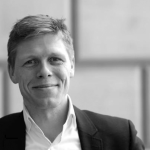 Andreas Wester Hansen holds an MBA from London Business School, an MA in Cultural Studies from Goldsmith’s College, a BsC and a MsC in Political Science from University of Copenhagen and a BA Hons. in International Relations from Cape Town University. Andreas has worked as a journalist, a Head of Communication, a Senior Advisor at The Danish Ministry of Finance, a Project Leader at The Boston Consulting Group and as an Engagement Partner at Qvartz management consultants. He specializes in corporate strategy and corporate finance and works to combine approaches to problem solving used in traditional management consultancies with those rooted in the human sciences.