When my boss asked me to carry out an employee opinion survey in our company, I had to overcome my ingrained prejudices against surveys in general. Once I did, I learned how valuable an ethnographic approach to surveys can be.

In my previous academic work, I had embedded myself into a scientific community for more than three years and I disregarded surveys as a comparatively superficial research technique. In my consultancy work, I have also encountered sharp criticism of the way surveys are used in practice: Erica Hall calls surveys “the most dangerous research tool,” and Sam Ladner’s fabulous guide to doing ethnography in the private sector (2012:17), emphasizes the value of ethnography that captures the perspectives of research participants, as opposed to tools like surveys that reflect the “etic” position of researchers. Yet, if there’s something I am learning about my ongoing transition to the private sector, it is that I must be flexible about methods and become more creative about integrating ethnographic approaches in organisations dominated by quantitative data. So I dove in.

Most organisations and consultancies use employee opinion surveys to gauge how employees feel about their jobs and workplace. These surveys have become ubiquitous tools in industry, so they are an important place for ethnographers to try to make an impact. In organisations where employee satisfaction surveys have become routinised, it is common to find signals of “survey fatigue” or “survey skepticism,” leading to disappointingly small response rates. They might generate considerable expectations among employees.

Whether you are developing a completely novel survey or your efforts contribute to a longer record of data, the key to derive actionable research from such surveys lies, I believe, in developing methodological innovations that are relevant to the project or organisation at hand. In my own survey project I used a field diary common in academic ethnography, as well as a facilitation method from the so-called “sprint” methodology and a version of the consumer diaries’ widely used in user experience and marketing research.

The following recommendations from an employee opinion survey that I conducted in 2019 propose a methodological eclecticism that is informed by what I consider to be the most distinctive aspects of contemporary ethnography: holistic thinking, empiricism and reflexivity.

Tip 1: Exploit your holistic knowledge of the organisation

Capitalising on your knowledge of the entire organisation – whether this is gained as an internal partner or in close collaboration with a client as an external consultant – is crucial to the design of a survey that is accepted by all members of the organization. In my case, I considered three aspects of the culture of the company where I worked.

First, I knew that my colleagues resented the ‘top-down’ approach from management. Therefore, whilst managers initially only sought to survey the biggest group of employees (teachers), I convinced them to deliver the survey also to the smaller groups, which included secretaries, maintenance staff, cleaners, and crucially, managers themselves. One important insight that came out this decision was that mutual suspicion was present across all the organisation levels: teachers thought they were not trusted enough by management, but the survey also showed that management resented being distrusted by teachers and secretaries.

The second aspect of company culture I considered was that managers were slow at making decisions. Consequently, I sought to protect my credibility by disassociating the calendar of the survey project from the calendar of subsequent actions taken by management (which could take months of implementation). And the third insider knowledge of the organisation I employed was to learn about the reasons previous surveys had failed—including the common factors of survey fatigue and suspicion. I did this by talking to certain individuals in order to address their concerns prior to the start of the project.

Surveys generally contain a limited and closed-ended set of questions, but they do not necessarily have to exclude probing questions that allow for the exploration of quantitative data. In my case, managers made it very clear that they wanted the survey to measure certain aspects of the company’s culture and I accepted their suggestion to include eight standard questions taken from an employee survey they had previously found online. But I also designed two more questions to generate qualitative information. More specifically, these two questions asked employees, divided by professional group (managers, teachers, cleaners, secretaries, and maintenance staff), to rank what aspects of their work they liked and disliked the most.

In order to find out what aspects to include in the survey questions, I asked employees to write a one-week diary describing their working routines. I then organised focus groups specific to each professional group in which I asked participants to summarise from their diaries three aspects of their daily work they liked and disliked and write them on anonymous post-it notes. Following the dot-voting system, I asked them to place a dot-sticker on those post-it notes that represented better their experience. Afterward, we discussed the pots-it notes that had received more stickers/votes, and I used some anonymous excerpts from that discussion in the final report to management in order to convey the diversity of meanings underlying the survey percentages. 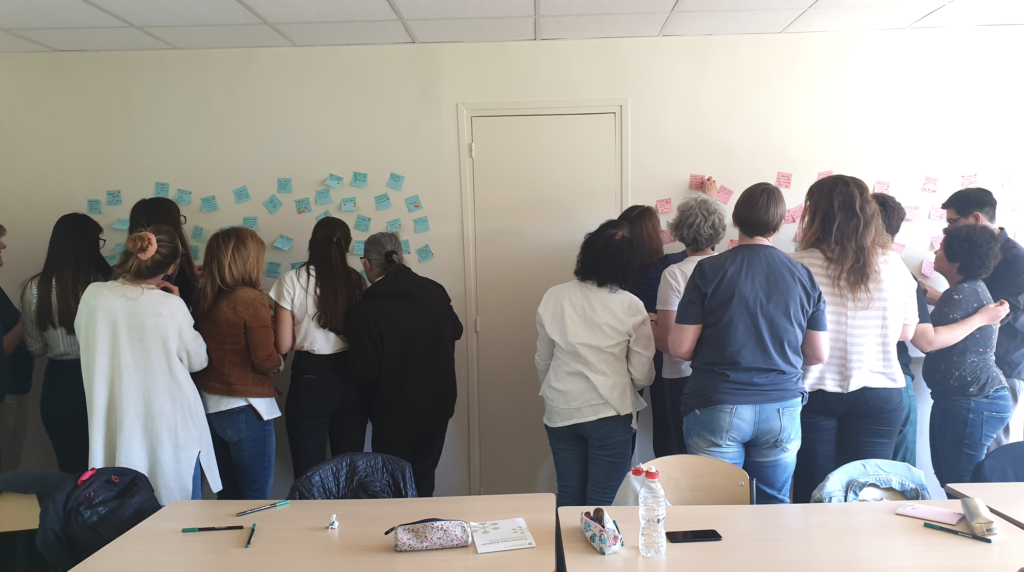 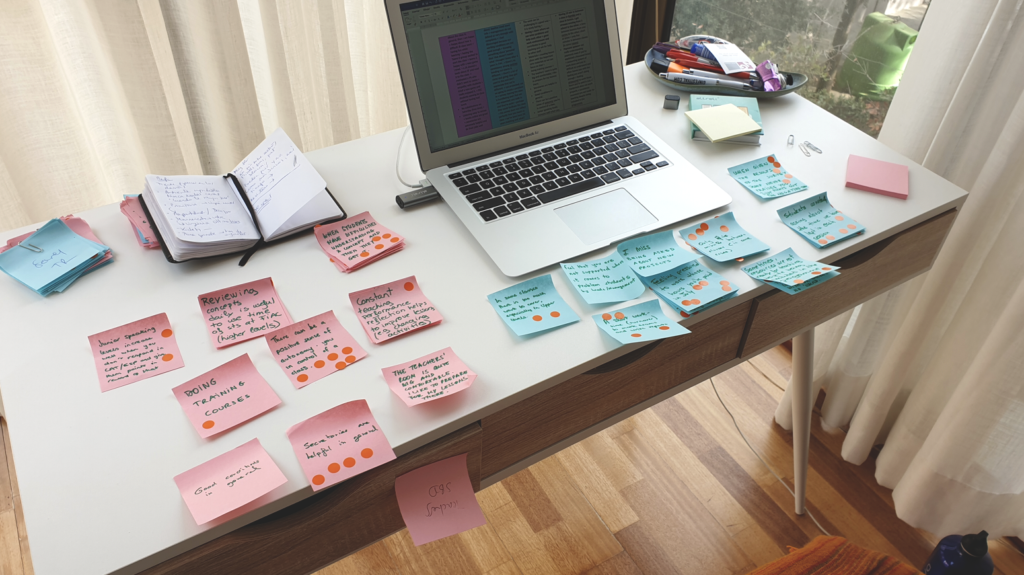 Research not only describes a reality but, under certain circumstances, also transforms it. In my presentations to employees, I sought to convey the idea that surveys are often performative by explaining that the main goal of the project was to achieve more empathy within our company and learn about each other’s opinions and working conditions. In my presentation slides, I explained this rationale by saying: “people are more likely to love what we know, and we can’t love this company if we don’t know each other”. I felt my survey had started to transform the company when I received the anonymous feedback from respondents: a majority expressed their satisfaction at learning about “the company as a whole” and “seeing that I am not alone with my problems”. My survey seemed to have helped employees connect their ‘private troubles’ to ‘public issues’, which is to me, the first step towards making more harmonious organisations and societies at large.

All in all, using employee opinion surveys ethnographically means using surveys as an exploratory and qualitative tool that allows all members of an organisation feel they have come to understand their peers and themselves better by the end of the process. And in turn, this understanding empowers them to speak up in future organisational changes.

Meritxell Ramírez-i-Ollé holds a PhD from the University of Edinburgh, and was the Sociological Review Fellow in 2018 before moving to industry. Until recently she was working in a language school in Terrassa (Catalonia). Her academic research and consultancy work are grounded in the sociology of knowledge and the study of how communal (mis)understandings of reality arise and change over time.