by PATRICIA G. LANGE, California College of the Arts 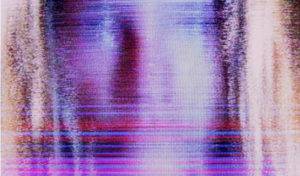 Once upon a time, a video-sharing site called YouTube was born. It greatly helped non-professional creators to post videos to the web. The platform initially broadcast diverse voices and eventually became a major competitor in the online video streaming space. The story of YouTube often begins and ends with the assumption that it achieved its destiny—that the YouTube we have now is the only YouTube that was ever possible. It feels inevitable that an up-and-coming video sharing site would commercialize.

This common story of technological development and commercialization masks multiple desires that YouTubers envisioned for expressing the self and accomplishing society. Ultimately, it reduces our ability to imagine new frameworks for facilitating interaction with video. But there are alternative narratives. Other stories—particularly those told from users’ perspectives—matter because they help us understand how complex technical systems may be shaped to better serve people.

Ethnographies of technology are well suited to unpack assumptions and describe alternative histories and futures. Based on ethnographic research over several years, recently published in Thanks for Watching: An Anthropological Study of Video Sharing on YouTube (University Press of Colorado, 2019), I argue that the monetized video sharing processes we currently take for granted do not necessarily represent the best of all possible video worlds. I unpack the conventional wisdom about YouTube and explore design philosophies that help us envision new frameworks that facilitate interacting through video.

Teleological narratives abound when a technology is successful. A teleological account explains things, including technologies, in terms of their final purposes rather than the peculiar circumstances that led to their ascendance. Actions and causes are explained by outcomes. A teleological lens measures success based on an endpoint rather than on how a technology morphed into something different over time. Here is an example: YouTube was always designed to be a successful video streaming service with high quality, ad-supported content that dominates the online video scene. Measures of success are easy to find. YouTube attracts 2 billion monthly users (self-reported) and is second to Netflix as the preferred video platform for TV screens (Spangler 2019). YouTube’s teleological narrative ends as it began, with a conferral of success of a techno-social entity that was inevitably driven to provide video through paid and/or ad-supported streaming services.

And yet. A peek into YouTube’s history shows a messier array of choices that are difficult to characterize as clear “pathways” or “trajectories.” Like many companies struggling in a start-up phase, YouTube’s autobiography is strewn with dramatic, yet less publicly visible, twists and turns. Changes often arrived at a discomforting pace, yielding a common condition characterized as “permanently beta” (Neff and Stark 2002), in which each technological, iterative configuration functions less as a usable feature and more as a test for future designs that might be altered to amass views, secure advertisers, and improve monetization prospects.

A major chapter in this saga involves prior choices and features that impacted socially networked video enthusiasts. YouTube is often lauded because it enabled home grown videos to take center stage. It was actually the juxtaposition between the amateur, the professional, and the many points in between that dazzled creators and viewers alike. In an arguably reciprocal arrangement, YouTube provided a platform to enable creators to post videos, and the expectation was that creators would provide content and share in ad revenue.

Soon after monetization arrived in 2007, YouTubers saw a change in the timbre of the site. Content began orienting to monetization. Videos often ended with what some viewers saw as an obnoxious exhortation to “Rate! Comment! Subscribe!” to the creator’s YouTube channel to drive up popularity metrics. In 2010, YouTubers observed numerous click-bait videos that appeared to privilege extreme content. Monetization rules broadened in 2012 to allow monetization of single videos, but were later restricted in 2017 and 2018 in response to unsavory content that alienated advertisers. By 2018, additional restrictions required that creators have at least 1,000 subscribers and a minimum watch time of 4,000 hours in the past year to monetize videos (Musil 2018)—thus focusing on watch time as a predictor of commercial success as opposed to interactive features.

Certainly, communities continue to connect through YouTube, as has reportedly happened with transgender communities, who bond with like-minded participants sharing similar experiences. However, although the corporate entity of YouTube apparently supports select high-earning celebrity creator communities, many social features are gone. YouTube CEO Susan Wojcicki was quoted in the press as saying, “YouTube as a platform, we act on behalf of our advertisers” (Alexander 2019).

What might we envision for the next chapter in the socially oriented, video-sharing story? How might designers and creators of future video platforms support interactivity? The answer is not just to revive social features that were cast away, and we should not necessarily assume that monetization is incompatible with sociality. A key goal is to explore how such philosophies might be instantiated in features in ways that reinvigorate socially driven video participation.

A notable social feature that YouTube removed was the “video response.” Participants could respond to a video by recording a video of themselves and linking their response to the original video. Not only did this promote connecting an original video creator to their responder, it also organized video-oriented threads. YouTube reported that the click-through rate of video responses was extremely low (0.0004% or 4 clicks in 1 million) in comparison to original videos. The feature was killed in 2013. Although it remains possible to post a video in response to another video, the system no longer provides a hard-coded link between the videos, effectively treating the response as a new video.

From a monetization perspective, such a low click-through rate presents an easy target for deletion. YouTube’s official bloggers encouraged those who liked the feature to deploy other interactive methods such as comments, links, and hashtags. Yet, these alternatives are not necessarily equivalent options for the social video maker. When participants post a link in a comment, even one that points to a video response pertinent to the original video, such a link may be interpreted by automated systems as spam. Admittedly, videos take longer to process than reading a few comments, and not all video responses were thoughtful or interesting. Nevertheless, comments do not necessarily offer the same conversational engagement that those who preferred the video responses say they enjoyed. Certain channels were even oriented around the genre of video responses. Live video interaction was another feature that social YouTubers sought on sites outside of YouTube. Whether new sites incorporate video responses or more direct, live video links remains to be seen. Assessments likely depend on context. Research is also required to determine whether video response click-through rates might actually be higher for people engaged in video sociality. What is important is recognizing that the philosophy behind the video response was for social YouTubers to engage in a system that invited a conversational feeling-tone.

One of my videos—What Defines a Community?—was chosen for the front page of YouTube, where it garnered over 1 million views. The experience gave me a deeply participatory connection to the site. But the shared welcome page offered much more. It enabled different “media generations” (Lange 2019)—or people who were using the site at the same time—to simultaneously experience specific content. People discussed and later recalled videos that they bonded over during particular YouTube eras. When people experience specific historical moments together, they feel a greater sense of community. Having a human-curated page with stimulating content helped participants conceptualize their social formation as a community. Whether or not this feature is incorporated in new socially oriented video sharing platforms remains to be explored. The larger issue is how to help participants experience video sharing content collectively and simultaneously in ways that provide shared awareness.

One of the things that made YouTube so spectacular was the feeling of serendipity that one could theoretically experience by being exposed to many different kinds of human-highlighted content. Highly targeted and personalized screens decrease the excitement of discovery that often emerged when one surfed the site. YouTube now reportedly employs thousands of editors who remove extreme videos that people may not wish to watch. Yet even curious clicks fed initial algorithms in ways that reportedly promoted extreme videos alongside family-friendly fare. Concerns about algorithms are often reduced to a human-machine debate in which agency is simply ascribed to algorithms in an unquestioned way. Yet, it may be possible to use a combination of human and automated tactics to identify socially productive material that encourages the type of conversation and creative discovery that drew socially oriented creators to the site.

Participants often receive support in social ways. A continuing example is the “shout out” in which a popular creator mentions the work of an up-and-coming creator, bringing visibility to their work. YouTubers refer to this mutually beneficial practice as “big YouTubers” helping out “little YouTubers.” The rising YouTuber receives a visibility boost while the successful veteran creator improves their reputation by helping other community members and revealing themselves to be a discerning connoisseur of new talent. While not always perfectly symmetric, these kinds of mechanisms offered a greater chance at experiencing mutual visibility than is possible given YouTube’s current mammoth scale.

The features discussed here—video responses, a curated “front page,” serendipitous video adventures, and “shout-outs” for new participants—may or may not be worth retaining in the future. Yet these features are clearly emblematic of much larger design philosophies that ethnography may help translate. Ethnographies might help envision technical frameworks that promote video conversation. They might explore how simultaneously experienced content promotes imagined communities. Ethnographies may identify techno-social mechanisms that stimulate mutual, interactive visibility. Moving forward, a key challenge will involve dealing with scale, and whether smaller interactive circles might preserve features that promote sociality whether or not they facilitate monetization. Perhaps supporting sociality at smaller loci that connect and build to larger groups might be one model for dealing with scale.

Whatever pathway subsequent video sharing platforms take, the YouTube case suggests that we may have to return to the past to experience a future that privileges human judgment, deploys technology in meaningful ways, and incorporates design philosophies that support robust sociality through video sharing.

Patricia G. Lange is an anthropologist and associate professor of Critical Studies (undergraduate program) and Visual & Critical Studies (graduate program) at California College of the Arts in San Francisco. Her book, Thanks For Watching: An Anthropological Study of Video Sharing on YouTube (University Press of Colorado, 2019), analyzes how YouTubers formed community, engaged in attentional reciprocity, and provided mutual support. She is also the author of Kids on YouTube: Technical Identities and Digital Literacies (Routledge, 2014). Her website is: patriciaglange.org.

Searching for the 'You' in 'YouTube': An Analysis of Online Response Ability, Patricia G. Lange

The Power of Participant Made Videos, Susan Faulkner and Alexandra Zafiroglu