Some time ago I watched an older Indian woman using Google Assistant to access recipes. She expressed how thrilled she was: her family would be eating new meals and they would appreciate her more. As I looked more closely, it was obvious the cooking instruction video (in Hindi) contained no text. (Makes sense, she doesn’t need it.) 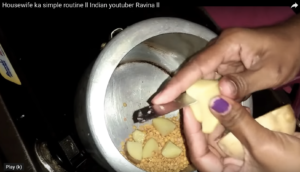 There are probably millions of recipes like this, many of them not professionally produced. In time, this woman herself may even become a creator of recipes and videos, despite not being able to write. She bypasses text for entertainment and learning, bringing her great joy and a new sense of independence. This is a significant change: previously, sharing recipes across time and space required writing, and less literate users avoided doing anything much more with their phones than calling. Now, voice and video technology is catalyzing new forms of engagement with a wider world.

More recently, I was watching a group of TikTok creators talk about TikTok, a social media video app for creating and sharing short lip-sync, comedy, and talent videos. Many of them had dreams of becoming a star. The beauty of TikTok is that it doesn’t matter, and one never knows, whether or not the singer (who lip syncs to music) is literate or not. TikTok provides another form of expression that crosses a boundary that literacy has previously enforced. The move to a more text-free environment is a big signal: Now opportunities for self-expression are exploding, and the camera and video is only part of it.

For the less literate, talking to a mobile assistant creates a new zone for experimentation and inquiry. Simple questions can lead to searches that access an almost unlimited number of videos and content, and eventually a massive repository of knowledge. As new digital tools bring more people into the realm of information and create new possibilities for engagement among less literate populations, they are also framing what happens on mobile devices for everyone. For UX, this trend will reframe how all software/apps are made over time. For society, it may challenge the importance of text and change how we express ourselves across public, private, formal, and informal communications.

For years, poorer and less educated populations who are increasingly able to access mobile technologies were talked about as “the next billion+ users”. Today in India, data costs are lowest in the world and increased access to mobiles tools is creating a revolution for engagement and expression. This trend will continue to spread around the world.

The possibilities now emerging for these people started in India with the launch of Jio (2016 Mobile Carrier) and more recently JioPhone (low-cost handset). Together they provide the cheapest data in the world (typically 1.5gb/day for USD $.06) and low-cost hardware for those with limited means. As I witnessed in the examples above, it is the phone, not the computer, that is provoking action and new opportunities for participation. In less than three years Jio has the largest subscriber base of any operator in India, and more people are online there than in the US. Many use their full data allowance every day.

But design doesn’t always promote or enhance usage. For example, almost all Indian mobile phones default to English, and this setting is seldom changed. Few Indians change the language keyboard or even try to type in their local language (perhaps Hinglish) and instead depend on a rudimentary command of key English words such as “enter”, “next”, “log-in”, “profile”, “important”. Many text-based tasks are learned by rote. People often don’t want to deviate without input from others and most will be wary of new touch features. So for many users the potential of the mobile remains crippled by its design dependence on text. Still, that’s not stopped the demand.

So, what’s actually happening in this burgeoning, if limited, digital environment? Phones are being used to access video, a shift from earlier adoption of mobiles driven primarily by social media. People now effectively have unlimited access to video entertainment, and in India people consume more mobile data daily on average than anywhere else in the world. They also want chat, but use it differently: video calls and voice messaging provide new, easy ways to stay in touch. People are beginning to discover that Google Assistant or voice search is an effective method of finding content. So although they may not stray far from WhatsApp or YouTube, they are quickly building skills— technical skills, like how to make a recipe or a new stitch, as well as digital skills such as using app more effectively via a “show and tell”. New skills may provide opportunities for economic advancement.

Most of today’s apps are not being designed with these new users in mind. But TikTok is one that is: it allows creative expression before posting with little or no text, and is seeing success with less literate audiences. Older apps with complex text-based interfaces, navigation, and input requirements are naturally more difficult to master, even when a user wants to do something non-text based, like posting a photo. Today, there is an opportunity to really re-think how people will use mobile devices in the future. Yet too often UX research is focused on adjusting current products and users, missing how other populations are integrating and using new tools.

In order to explore the limitations of text, we chose a paragraph from a help page (geared to 6th grade reading level) and had research participants read it. Most struggled. Even when participants read the words accurately phonetically, their interpretation of what it said typically traced to the one or two words that signified for them. Similarly, we’ve done cognitive testing on questionnaires. Usually the results are surprising, with nuances or interpretations that might not be at first glance obvious.

When people’s reading vocabulary is a few hundred words, testing UX alternatives with different sentences saying much the same thing simply won’t work. Even approaches like icons, which we take for granted, may not help someone unfamiliar with the social context in which they were designed. An Indian Uber driver doesn’t have to enter the collection point or the destination: all they are actually asked to do is follow the arrow and, after a few years, most have become very proficient at this. Users challenged by text interfaces often worry about making a mistake, so the easiest action is to ignore the text. Other practices we see frequently are tapping “skip” or “next”, without real understanding, just to move ahead. 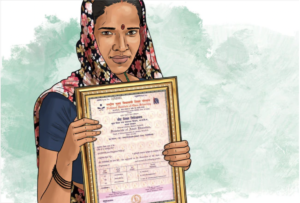 What can we learn from these simple examples? Let’s identify these new practices as an emerging form of digital literacy, one that emerges when voice, video, and icons predominate, and text is simplified or non-existent. The Indian government is encouraging digital literacy, as the NDLM (National Digital Literacy Mission) defines it: “Digital Literacy is the ability of individuals and communities to understand and use digital technologies for meaningful actions within life situations”. As apps chase the so-called bottom of the pyramid, researchers and designers must increase our awareness of possibilities for human action. If tech re-imagines its task, then another billion users might revolutionize the mobile phone.

As UX researchers there is a real opportunity to spend more time widening boundaries around new users, to build a broader understanding of life worlds and pain points. Just come to India and see.

Stuart Henshall is a co-founder of Convo, a qualitative research and strategy firm based in Mumbai and San Francisco. Our practice is built on a deep understanding of human behavior and nuancing of cultural context. Stuart has worked as a futurist, facilitator and strategist across, software, telecoms, FMCG and Retail. His focus is on providing teams with opportunities for deep immersive learning and co-creation. He evangelizes meaningful conversations for clients, around observations, inspiring insights, innovation, finding design solutions, and approaches for change.

‘Mental Kartha Hai’ or ‘Its Blowing My Mind’: Evolution of the Mobile Internet in an Indian Slum, Nimmi Rangaswamy & S. Yamsani

LOLZ OMG, I’M DEAD. The Rise of Performative Behavior in Social Media, and Its Implications for Digital Ethnography, Kathleen Hartnett