PechaKucha—This Inquiry explains how people use ingenious making practices like Jugaad as a tool for existence, subversion and criticality against colonial powers of oppression. Jugaad like practices form cultural binders and empower people to find a collective force to fight oppression while practicing creative self-expression. This practice is a nonviolent critique that provokes and questions the technoutopian imaginaries in future of such practices. Criticality is manifested through critique and criticism of the social, cultural, economic and political issues engulfing a nation, through ingenious sociomaterial practices. This research inquiry is about tapping into potential of such sociomaterial practices and the epistemology of the critical practices that happen outside the preconceived assumptions of criticality. Being critical about the functioning of states and industry is not bound by a niche design practice but a democratic right of every individual.

Deepa Butoliya is a Ph.D. candidate at School of Design, CMU, United States. She is researching the intersection of making practices in the global south known as ‘Jugaad’ in India and the social, economic and political implications of such practices in our collective presents and futures. 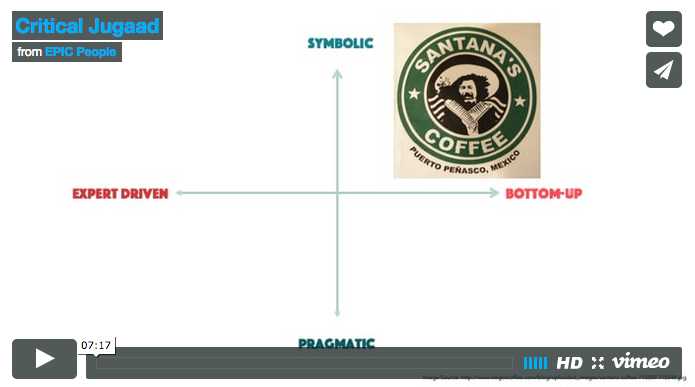