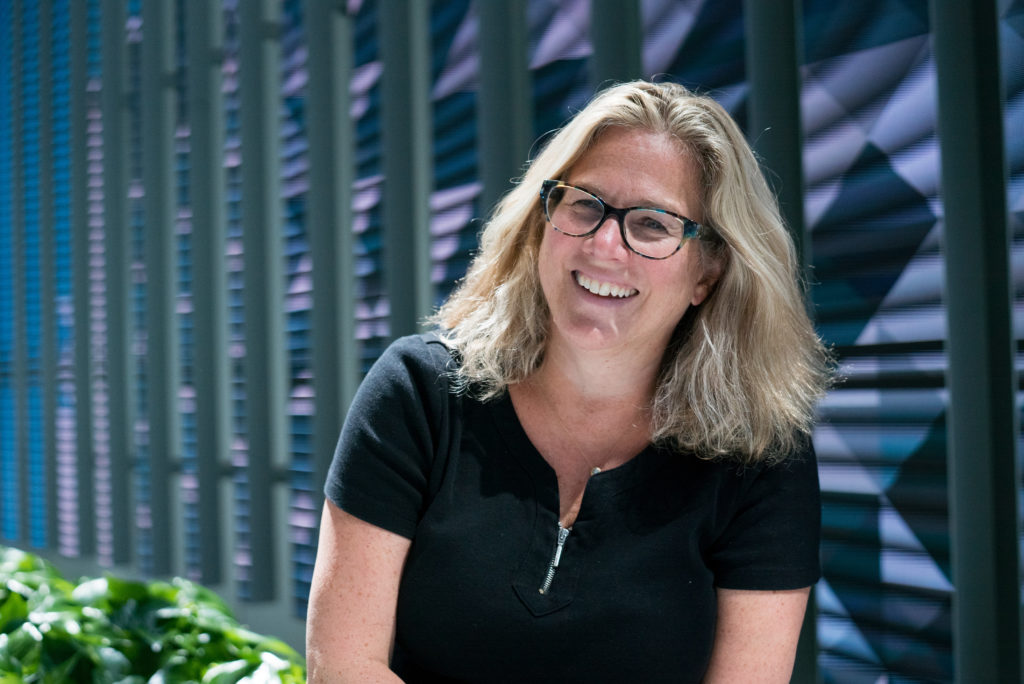 How do you make 1000 designers better at research while ensuring quality and rigor at the same time?

This is the kind of challenge Martha Cotton gets tackle at work everyday as Group Design Director for Research at Fjord—and as a member of the EPIC Board.

“If we are going to deeply understand the people we are designing for, I’m passionate about helping my design colleagues get that understanding in the best and most efficient way. It is definitely a very fun part of my job, thinking about elevating how we do design research, and creating the tools and resources to support roughly 1000 designers around the world in their efforts to be better researchers.”

One of the reasons Martha is so passionate about mentoring and teaching future researchers is that for her, becoming an ethnographer was a bit of an accident. “I was incredibly lucky early on to have the support of mentors who patiently nurtured what has turned out to be my life’s work.” This “accidental career” that Martha found has lead to a well-developed understanding of corporate ethnography and a deep appreciation for the empathy of consulting. But Martha did not start out wanting to be an ethnographer—early on, she couldn’t even have imagined such a career.

“When I imagined what I wanted to be when I was like four or five, I only wanted to be an actor or a musician.” She followed these dreams, studying English in college and being heavily involved with theatre. Right after college she started a theater company with friends and moved to Chicago to pursue the classic starving artist/waitress career. Martha eventually went to graduate school for a degree in performance studies to pursue theatre for social change. This is where she was first introduced to ethnography.

“I knew in the context of Performance Studies that I would study cultural anthropology, but never in a million years did I dream I could have the kind of career that I have.” A few years later she decided that she was tired of pursing the acting life and wanted something more consistent. She stumbled into a job as a researcher at eLab, and suddenly found herself thrust into the amazing world of researchers and designers working together. As an entry-level researcher, she fondly remembers coding hours of VHS video data of families in their homes making dinner—and realizing with joy that she was getting paid to do it.

Fast forward a few years and Martha is a consultant who uses her years of insight to inform not only her colleagues, but also a new generation of business school graduates, about the benefits of ethnography in the workplace. At Fjord she works to grow the design research practice and maintains a dual role: “I’m lucky in that a large part of what I get to do at Fjord is teach my colleagues, but I am still very much a consultant.”

A key part of the insights that she shares with colleagues is about the types of deliverables they create for clients and the possible impacts such projects can have.

For Martha, it is about finding the right methods and ways of pushing the boundaries of her client’s and her colleges’ understanding of the world around them, and the worlds of their consumers, in order to develop more effective methods or products.

The concept of empathy for the consumers of designed products is crucial in her work because it allows all members of a team to be researchers. This encourages a more collaborative atmosphere with a diversity of perspectives. Occasionally, it means putting design teams in contact with experts in different fields, or finding other resources for the design studio to use to collectively raise the research bar within the company. Empathy and research collaboration are important in Martha's leadership role within Fjord, in teaching a new generation of business school graduates, and in her role on EPIC's board.

Broadening the Impact of Design Research

Martha has been an adjunct faculty member at the Kellogg School of Management at Northwestern for the last 8 years, where she co-teaches the Design Research curriculum. The course is now a requirement in the MMM program, where students earn an MBA and a Masters in Innovation.

“Business school curricula have really shifted to embrace design thinking. I started out as a guest lecturer about this weird thing called ethnographic research and then about seven years ago I was asked to create a course in design research. I really love teaching, especially in the business school context. They really think I am weird.”

Part of this “weirdness” is the shift she encourages from working on a project in isolation until it is perfect to being okay with putting forth ideas for discussion when the idea is not yet fully formed. For the first few weeks of class, she does not let students go digital; this helps them break the habit of all ideas needing to be worked until they are finely tuned. Instead, she encourages students to use sticky notes to view the ideas of multiple teammates together and because “a sticky note is not precious—it can be moved and thrown away.” This process of talking through a project, something quite common in the consulting world, is finding its way into the world of business.

This does not come as easy to business students and professionals, and some of Martha's students are apprehensive about the first week’s assignment—observing people in a cafe with relatively few parameters. But as the work through these projects progresses, students build an understanding of business ideas and design, as well as how such projects may one day affect consumers on a personal level.

The Importance of Developing Empathy

For Martha, consulting is not just about researching a target population to figure out what their needs and desires are, it is also about understanding how the companies that hire people like her seek to use the information garnered by research consults. And it is figuring out the best method to communicate research results in a meaningful way to clients to build empathy for consumers.

In her chapter in the Handbook of Anthropology in Business, she discusses the process of re-defining what success means. Martha argues that success is not just about research that produces a single, highly profitable product, but also about "shelf life," or the "less tangible impacts of helping our client think differently."

“What happens after the anthropologist consultants leave? How are the results socialized, adopted, and integrated within the organization they are meant to serve? Or are they?” (321).

She gives an example of a particular project that did not result in a single product per se, but rather helped change the way that industrial designers conceived of their consumptive audience. Ideally, the ethnographer's work is not contained within one discrete project that she completes for a company—a relatively brief analysis after four to six months of work—it's about building skills in understanding how empathy for consumers can result in better design research and design results. And typically, those exact results were not directly forecasted at the outset of the project. Consulting is thus a multi-directional project as consultants and clients each try to understand each other’s respective worlds for the sake of developing products and services that are more meaningful to people.

“We gave them a language for talking about their consumer…and I don’t think you can put a dollar sign on that.”

Martha is passionate about the EPIC community: she has been involved, in one way or another, since it began. She's proud to have attended every EPIC conference since the first gathering in 2005, and the opportunity to see old friends and meet new people in the community is extremely valuable to her: “Many people who do what we do rarely get to work with each other, so it’s really nice to be with each other and learn from each other.”

Initially Martha expected her foray into ethnographic research to last for only six months, and now as a global leader in the field her role at EPIC helps her give back to the community that accepted her in the first place:

“I wouldn’t have hired me, but they did, and they taught me how to do this work, which I turned out to be good at. So I am really grateful that I had that exposure. I love being a part of a community like EPIC where I can be part of helping other people new to the field or new out of school, to kind of find their way.”