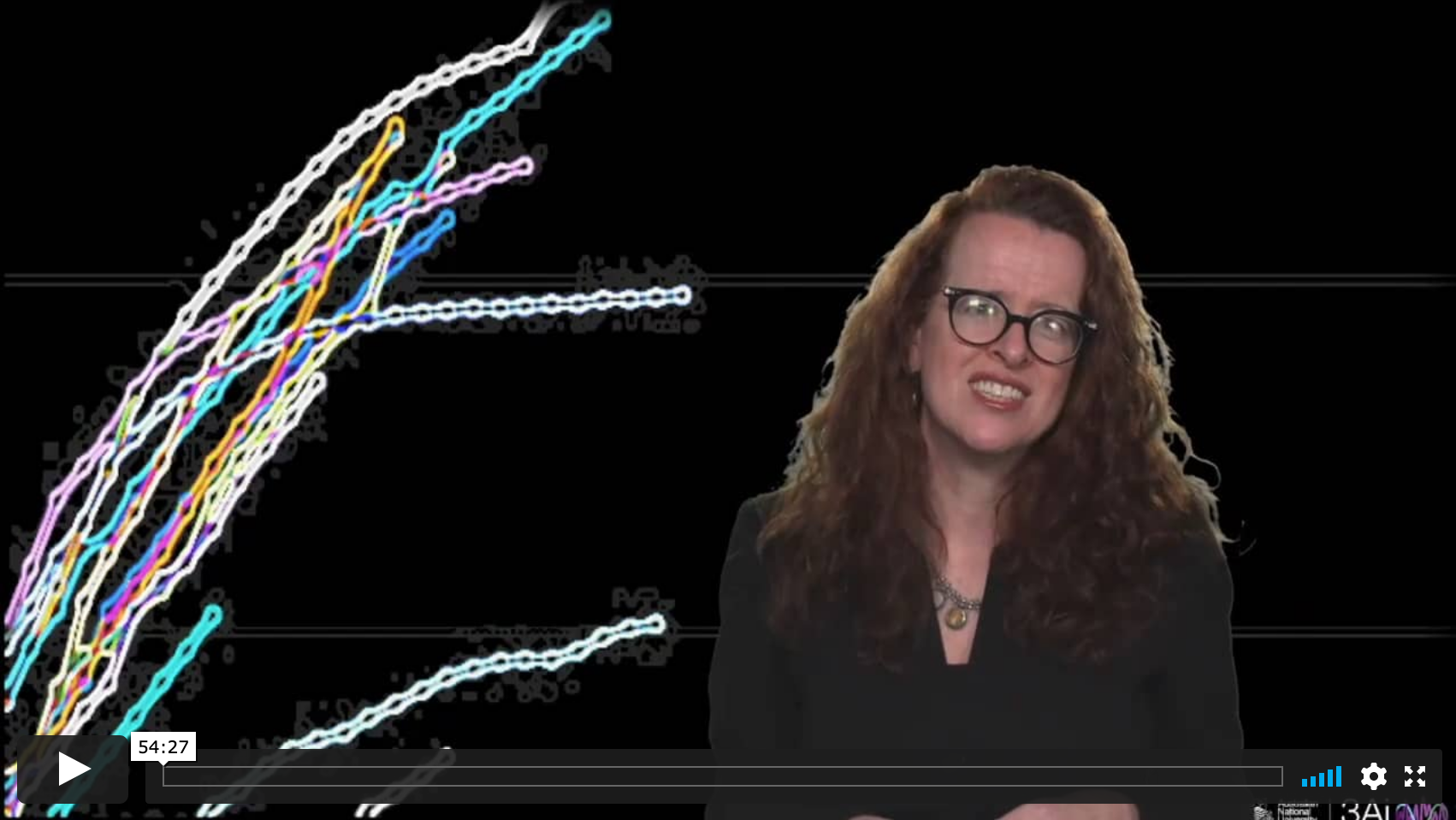 The pandemic has disrupted everything from the global flow of goods and services, to the actions that individuals can take in their daily lives. It has changed, for now at least, the ecosystems in which we work—impacting both how we think about ethnographic activity and how it is might be used. In Australia, the pandemic has resulted in a collection of massive, unplanned, social experiments in scale, at scale. Examining five of these social experiments as they’ve played out, Genevieve will extract lessons that seem relevant to the work we all do now and to the ways we might want to orient to the future. After all, as the pandemic is demonstrating, scale is neither a stable nor singular concept, and our responses to it will need to be appropriately located and considered.

Genevieve Bell is a Distinguished Professor, Director of the 3A Institute (3Ai) and Florence Violet McKenzie Chair at the Australian National University. She is also Vice President and a Senior Fellow at Intel Corporation. Genevieve joined the ANU in 2017, after having spent 18 years in Silicon Valley helping guide Intel’s product development and social science and design research capabilities.

In 2017, Genevieve was appointed the inaugural director of the 3A Institute, co-founded by the ANU and CSIRO’s Data61. The Institute’s mission is to establish a new branch of engineering to responsibly and sustainably scale AI-enabled cyber-physical systems.

Genevieve completed her PhD in cultural anthropology at Stanford University in 1998. She is best known for her work at the intersection of cultural practice and technology development and as an influential voice within academia, industry and government.

She is a Non-Executive Director of the Commonwealth Bank of Australia Board, member of the Prime Minister’s National Science and Technology Council, Fellow of the Australian Academy of Technology and Engineering (ATSE) and presented the highly acclaimed ABC Boyer Lectures for 2017. In 2020, Genevieve was appointed an Officer of the Order of Australia and the first Engelbart Distinguished Fellow at SRI International.