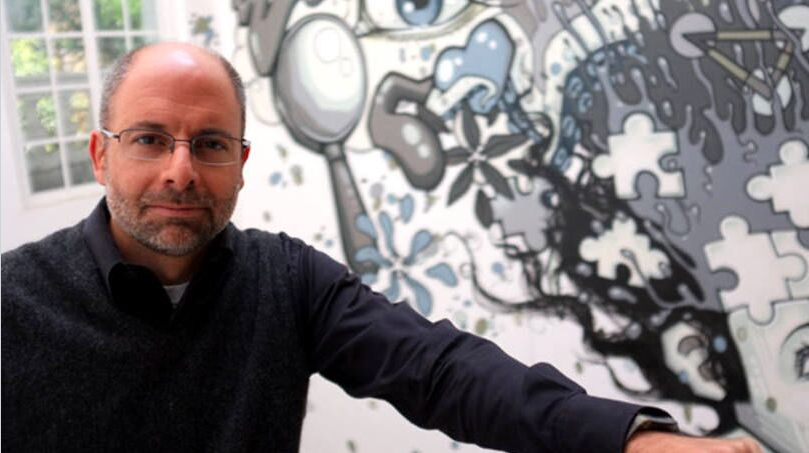 "Innovation Lives at the Borders"

Luis could talk forever about his passion for INSITUM. He doesn’t like to showcase himself as the company’s front man, but in fact, he leads one of the most important innovation consultancies in the world, with over 120 consultants, 7 offices and more than 1400 projects. INSITUM was recently featured by Fast Company magazine as the 4th most innovative company in Latin America for “being global brands’ Latin American translator.” Self-described as introverted, obsessive, and fearless, Luis spends most of his time thinking about other people, not himself. This, he acknowledges, “is what happens when you practice ethnography for so many years—there is a point when you can’t turn it off. I think I feed from trying to understand others, becoming a sponge for feelings, knowledge and stories.”

We all have that first spark that set us on a career path. For Luis, the son of an academic researcher, it was the stimulating architecture trips he took during his childhood that sparked his curiosity and observation skills. Instead of visiting Disneyland, his family took an architectural tour to study Le Corbusier buildings in France. From his early years he was exposed to a universe of shapes, colors, and eras that may have been the foundation from which he developed a “fourth dimensional thinking” encompassing space and time (very handy for designing services nowadays).

Luis completed a BA in Industrial Design and, lacking a natural ability to sketch, decided to become a design theorist and study the way people come up with ideas. He earned a scholarship to pursue a masters’ degree at the Illinois Institute of Technology’s Institute of Design in Chicago. During his time at this program he was highly influenced by what he calls the Chicago School of design thinking, led by Vijay Kumar, Pat Whitney, Larry Keeley, Rick E. Robinson, John Cain, Donald Norman, Shelley Evenson, John Heskett and many other influential authors and professors.

The teachings and writing of the Chicago School helped him understand the ‘why’, ‘how’ and ‘what for’ of user-centered design, and he drew three principles from these lessons:

Luis says: “I felt like an apprentice cook who is exposed to a bunch of new ingredients and has the opportunity to help the chefs who are experimenting with how to use them.” He discovered he could design business strategies, and that those strategies should be based on people.

Luis was very fortunate to do an internship at Doblin Group and then become one of the first employees at E-Lab—two of the pioneering companies in combining applied ethnography and innovation consulting. “They were the most creative, fun and intellectually stimulating environments I have ever worked at. Larry [Keeley], Rick [Robinson], John [Cain] and a dozen others were a big inspiration for the organization I work for today.”

Connecting the Interests of Companies with People

“The world is full of stupid ideas—ideas that have been designed from an organizational perspective, but lack meaningful value to people.” Long lines at the airport, expensive credit to poor people, worthless advertising, frustrating government services, difficult processes…we all suffer from dumb ideas everywhere in the world. 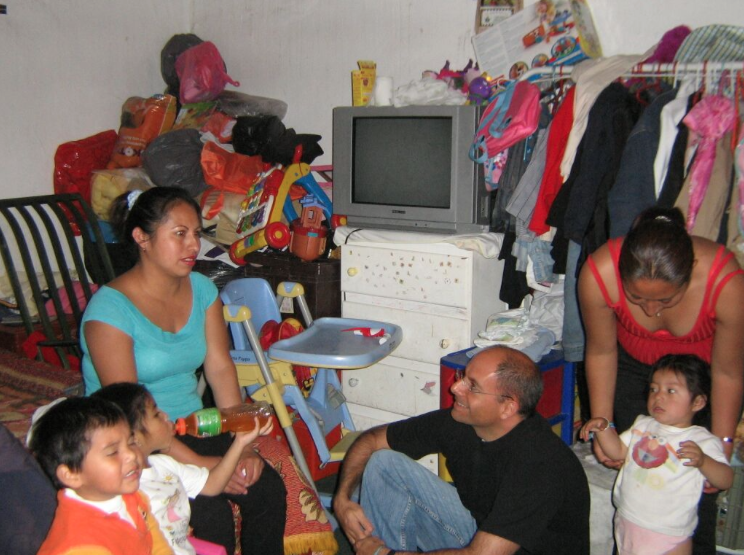 We are surrounded by companies who envision ideas completely disconnected from what matters to people, by businesspeople who interact only sporadically with real people, or by unempathetic folks who are not sensitive to the end user. When ideas like this are launched, most end up irrelevant to users or backfiring due to the lack of knowledge about local culture. The mission for Luis and his teams is not just product differentiation but to help design a better world for people. Of course, we all want to save the world—but he tries to make a dent working with large, mostly private organizations who are intrinsically motivated to do things better (and more profitably) than their competitors. Luis does not work with a few business sectors that he believes are not beneficial to society, including casinos, tobacco, genetically modified foods, military, and his least favorite: politicians.

“Every day I do my best to help large organizations come up with better ideas that will help people enjoy more, be more efficient, save time, have better relationships, improve their quality of life, suffer less, have fun, be happier,” Luis says.

Many companies are particularly disconnected from what matters to people in Latin America. For decades many large organizations have focused on “importing” products, services, and brands to this continent with minimal or no consideration of local culture. INSITUM helps companies understand Latin Americans, harvest opportunities while respecting the vast number of local nuances, make improvements, or even develop something entirely new from scratch.

Today, Luis and his team consult with some of the largest organizations worldwide, from those that are savvy about ethnographic research to those that have never heard of it. In the last 10 years clients such as Intel, Microsoft, Google, Facebook, Pepsico, Bimbo, Scotiabank, Itaú, Abbvie, Sanofi and a hundred others have relied on INSITUM to interpret people and develop better solutions for them.

A few of years ago, for example, Intel hired INSITUM to help them understand the educational ecosystem in emerging markets, research that contributed to the development of one of the best selling computers worldwide, the ClassMate PC. It was a small, rugged and playful laptop computer specially designed for the needs of children, families, and teachers in countries such as Brazil, India, and Mexico.

What to Expect in the Future of Ethnography in Industry?

Ethnography has proved its value in recent last decades in a vast number of companies, but this progress is only the tip of the iceberg. One of our main challenges, according to Luis, is to avoid isolation from other social sciences, from design, from business. He believes we should integrate better with the work of others while still retaining the strengths of ethnography (contextual, analytical, prescriptive) that distinguish it from other complementary approaches such as cognitive psychology, behavioral economics, lean, and service design. Luis finds that the most interesting papers at EPIC are those that combine ethnography with some other relevant approach: “Innovation lives at the borders.” 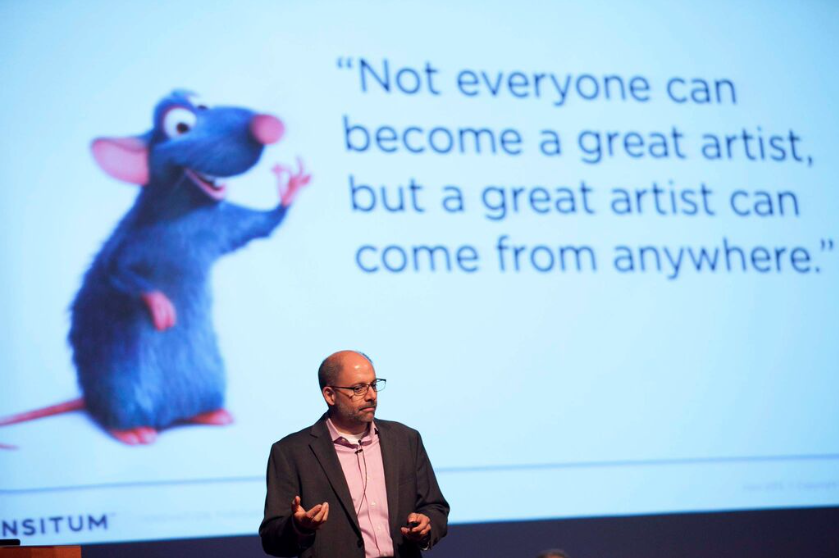 A second challenge is to keep growing ethnographic practice, to continue spreading the right use of this methodology by delivering results that are relevant to organizational needs today—whether this is helping a technology company map the customer journey or helping an NGO understand the barriers for financial inclusion. “I believe that less than 1% of all large organizations worldwide are aware of the strategic usefulness of the ethnographic approach. So there is room to grow, especially in emerging markets, which are often the least understood ones.”

Throughout Latin America, the number of companies applying ethnography for innovation is relatively small. This is why hosting EPIC in Brazil—the region’s most important economy—is so crucial. But in order to create awareness, those who fund ethnographic research initiatives need to reap the benefits immediately.

Latin America as a region lags behind the United States and Europe in terms of applied ethnography. It does have a strong heritage of using ethnography as a scholarly tool for social understanding, but this work typically ends in a long descriptive dissertation, and its implications for organizations are rarely recognized or mined.

Within the few organizations that do currently apply some sort of ethnographic approach, the work tends to be limited to the silo of marketing, where research is referred to narrowly as “anthropological studies.”  According to Luis, clients often say, “We need to do anthropological market research, the one where you bring video cameras inside homes,” but need to be educated about the complexities, nuances and broader value of the ethnographic method, which he describes at length.

But for Luis, the biggest hurdle we need to overcome is the one he calls “the knowledge-centricity of leaders,” or the confusion of rank with wisdom: “Most often the highest ranking person in the room is the most disconnected from the truth—when it relates to users.” In many organizational contexts, not knowing something is a sign of weakness, so very few people admit having knowledge gaps. Luis agrees with Daniel Boorstin: “the greatest enemy of knowledge is not ignorance, it is the illusion of knowledge.” In Latin American organizations, trust is often scarce and failure equals incompetence, so most people always try to be right, to be seen as the knowledgeable person at the table. Maybe this is why there is no Spanish or Portuguese translation for ‘smart ass’.

Attending EPIC conferences is a priority for Luis: he has attended most meetings since 2005, and was co-chair of two EPIC Conferences (Boulder, 2010 and Tokyo, 2011). EPIC is a gathering he aims to attend every year because it is at the forefront of applied ethnography and provides the best concentration of case studies, new thinking and interesting people in the world. If our aim is to make this world more user-centered, we need better ideas, and the best way to have great ideas is to surround yourself with smart people. EPIC provides the right conditions for this to happen.

Fernando Galindo, Senior Consultant at Tellus Institute, is a product designer with a MSc in Design Ethnography. He works at the intersection between ethnographic research and design thinking, understanding peoples' values, needs and desires to create innovative offers. He is curator of the tutorials program for EPIC2015.