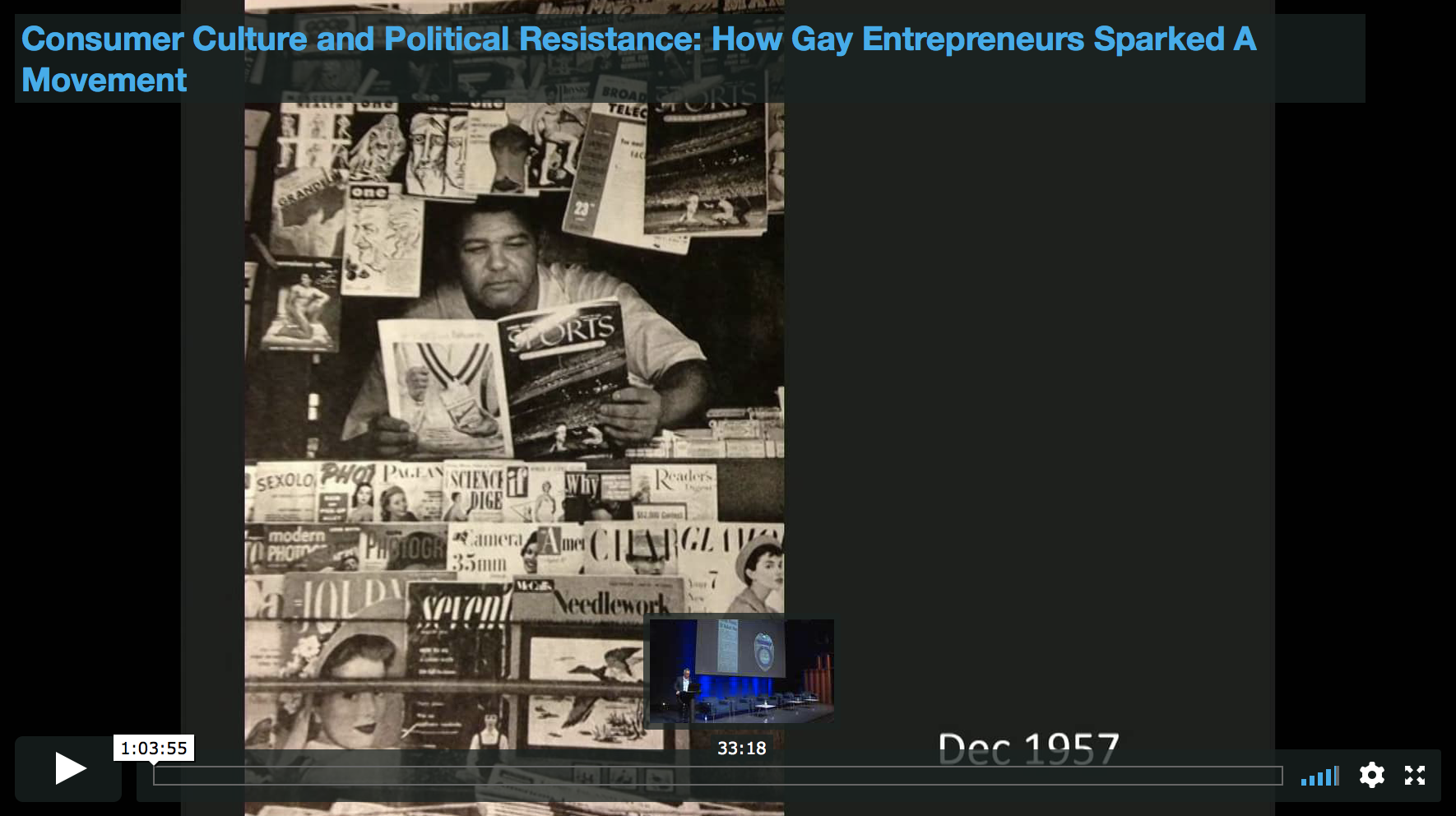 David Johnson is a historian at the University of South Florida and an award-winning author whose research focuses on the crucial role that notions of gender and sexuality have played in American politics and consumer culture in the late 20th century. His first book, The Lavender Scare: The Cold War Persecution of Gays and Lesbians in the Federal Government, which has been made into a critically acclaimed documentary, explores Cold War hysteria over national security and the introduction of “family values” into American politics. He is also co-editor of The United States since 1945, an anthology of key speeches, articles, and government documents from modern American politics and culture.

David’s new book project brings together the fields of the history of sexuality and business history, chronicling the rise of a gay commercial network in the 1950s and 1960s. Contesting the notion that a gay market developed only recently in the wake of gay activism, Johnson challenges conventional understandings of the relationship between consumer culture and political resistance.

David has also worked as a consultant, providing historical and archival research services to corporations and government agencies and advising the Human Rights Campaign and the Jewish Women’s Archives. He has held fellowships at the National Humanities Center, the Smithsonian Institution, the Social Science Research Council, CUNY’s Center for Gay and Lesbian Studies, and the Leather Archives and Museum, and in addition to several book awards has been recognized for his teaching and research.