Gain a critical and technical understanding of the benefits, affordances and production workflows of 360 video as an ethnographic and research medium 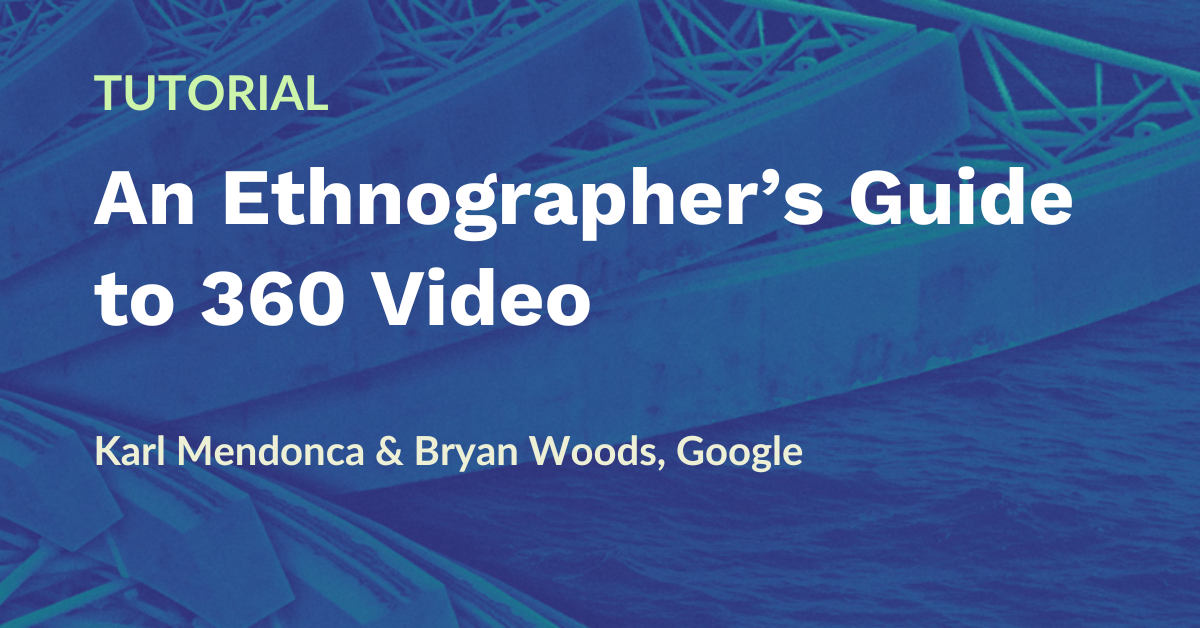 This video has been edited to protect the privacy of participants in the live tutorial.

A goal of ethnographic fieldwork is to be able to experience the world from another person’s perspective, inhabiting their point of view as they go about their everyday routines, tasks, and interactions.

For ethnographers and researchers, the growing availability of high-quality 360 video presents an opportunity to get a deeper understanding of other points of view, as well as instill a deep and profound sense of empathy toward end-users in our stakeholders. And with the turbulence of the pandemic, it has been an opportunity to develop a deeper understanding of contextually situated behaviors when actual co-presence was restricted.

As we embrace and learn to work with this incredible medium, we must ask core ethnographic questions about representation: how “real” is the reality of 360 video? How exactly can it contribute to our insights and impact?

This seminar-style discussion and demo gives participants a critical and technical perspective on incorporating virtual reality 360 video into ethnographic research. Participants will:

Karl Mendonca is a researcher at Google and an artist, educator and filmmaker. His artistic and academic scholarship sits at the intersection of media, cultural and post-colonial studies. Karl’s films and mixed media work has shown at a number of galleries and film festivals including the Lower Manhattan Cultural Council, The Queens Museum of Art, the Oxford Film Festival, Stuttgart Filmwinter, Jersey City Museum and Experimenta (India). Karl was an adjunct faculty at The New School where he taught hybrid courses on media theory, design thinking and production. He has a PhD in Film & Digital Media from the University of California, Santa Cruz.

Bryan Woods is a senior UX designer at Google, and an award-winning visual effects artist with experience in film, commercials, AAA video games, and immersive VR and AR content. Bryan was the primary vfx artist and compositor for several immersive short films created by a team within Google called Spotlight Stories, one that received an Emmy for technical achievement (Pearl) and some that received Oscar nominations (Duet). His expertise spans visual effects for film, motion design, graphic design, and UX. Bryan has a degree in compositing for film from the Academy Of Art University, in San Francisco.