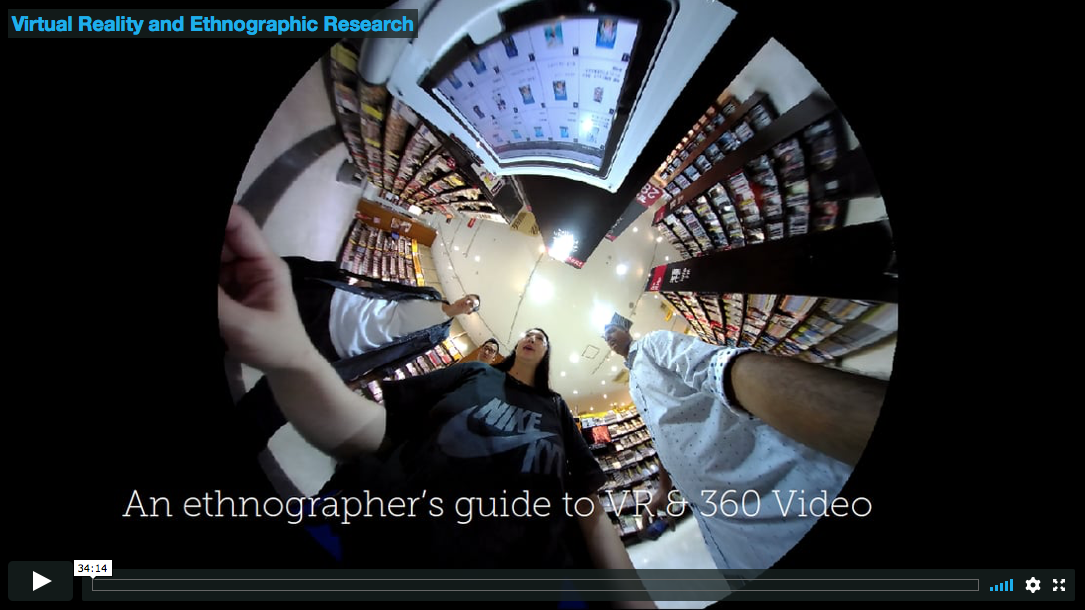 With growing interest across domains and industries in Virtual Reality (VR), this seminar style and hands-on tutorial gives participants essential skills for producing and incorporating virtual reality 360 video into ethnographic research. Participants will:

This video includes only the presentation portion of the tutorial.

Karl Mendonca is the Head of Design Research at Amazon Music and an artist, educator and filmmaker. His mixed media work has shown at a number of galleries and film festivals including the Lower Manhattan Cultural Council, The Queens Museum of Art, the Oxford Film Festival, Stuttgart Filmwinter, Jersey City Museum and Experimenta (India). Karl was an adjunct faculty at The New School where he taught hybrid courses on media theory and production. He is also finishing a PhD in Film & Digital Media at the University of California, Santa Cruz.

Ina Adele Ray is a Vietnamese-American filmmaker with over 15 years of experience as an editor and filmmaker on various commercial and non-profit projects. Her recent work as an editor for D3 productions, including the short documentary Searching for Roots in Canton aired on PBS in over 40 U.S States as well as on CCTV, China. Adele taught editing and ethnographic film making for several years at The New School and currently teaches at the film department at Berkeley City College. Her personal films have shown at film festivals including the Toronto Reel Asian International Film Festival, the Asian Pacific American Film Festival at the Smithsonian, Chicago Asian American Showcase and San Francisco International Asian American Film Festival among others.