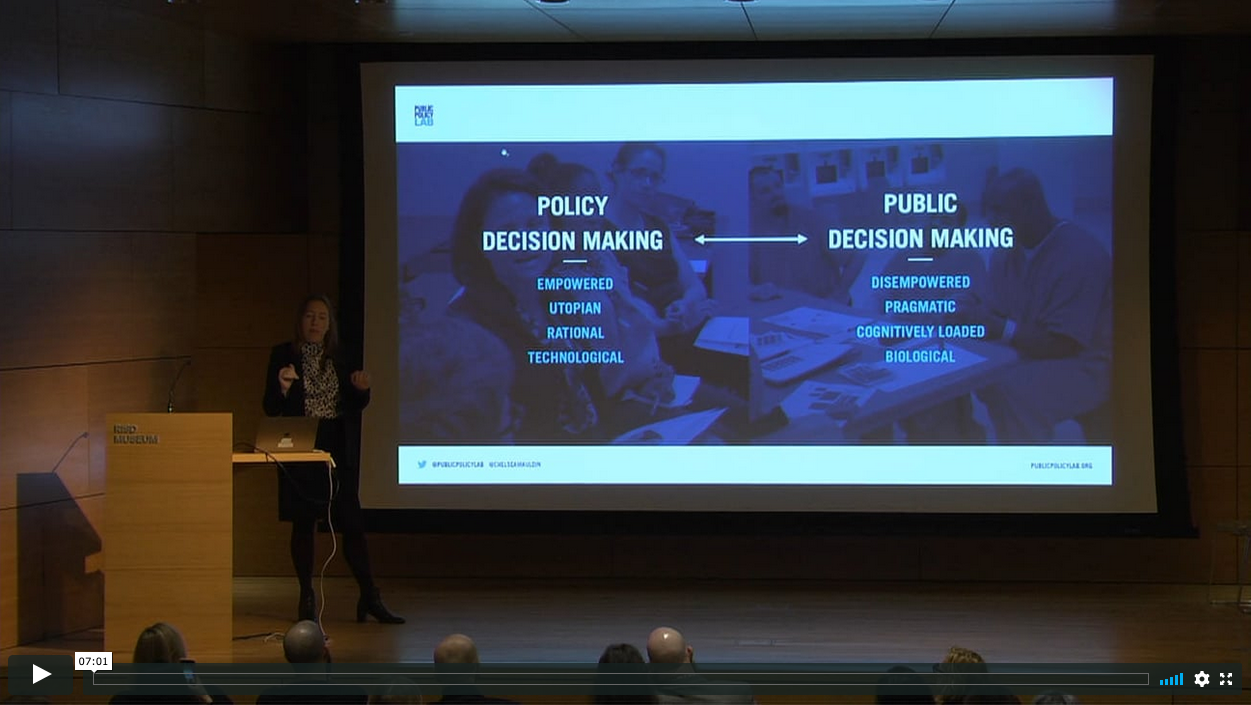 Drawing on nearly a decade of research and design engagements with U.S. federal and municipal governments, I'll describe a gap between intended outcomes of government policies and the lived experience of people affected by those policies. I'll discuss how that gap arises from variances in the decision-making agency of policymakers and members of the public.

Next, I'll discuss how human-centered researchers and designers attempt to equalize government/public agency though interventions in the policy decision-making cycle. Then I'll suggest criticisms and shortfalls of current human-centered approaches to improving policy and service-delivery systems, including researchers and designers’ tendencies to amplify complexity, to extract value from the public, and to accept status quo inequality.

Finally I'll propose that, when using research and design as tools for positive policy and systems change and increased agency for marginalized peoples, we must: seek to design new, adjacent policy systems, rather than to continue to renovate broken policies; recognize the primacy and requirements of the human body, as mechanism through which people engage with and are effected by policy systems; and more consciously identify and address imbalances in agency and power in the systems in which we intercede.

Chelsea Mauldin is a social scientist and designer with a focus on government innovation. She directs the Public Policy Lab, a New York City nonprofit organization that designs better public policy and services for low-income and at-risk Americans. Find out more on PPL's website, publicpolicylab.org, or on Twitter at @publicpolicylab. Previously, Chelsea consulted to municipal and federal agencies, directed a community-development organization, and led government partnerships at a public-space advocacy nonprofit. She is a graduate of the University of California at Berkeley and the London School of Economics.