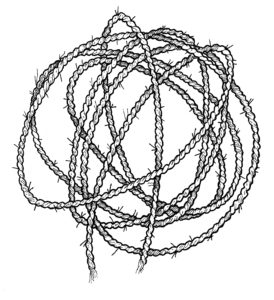 To understand the impact research can have requires an appreciation of how content ebbs and flows in an organisation, how ideas are passed from person to person and adopted, and how institutions internalise information, politics, and an acute sense of—wait for it—timing. A well-thought-out sharing process recognises the work of the team and is framed by the sharer. Poorly thought-out sharing marginalises team members and partners, building resentment that lives long after the project is completed.

This article, drawn from The Field Study Handbook, delves into the art of sharing for impact.

Research is shared to evangelise a point of view. It positions the individual, team, and organisation as thought leaders, and primes the audience for what is to come. The primary advantage of thought leadership is not, as many observers believe, the elevated status of the sharer, but rather that it attracts conversations from a nascent community. Which, in turn, makes the work of staying at the forefront of that domain that much easier. A community amplifies effort.

The organisational reasons we share are usually aligned to a strategy, but there’s something far more interesting and primordial at play.

The Role of Storytelling

Social interaction is fundamental to our well-being and happiness as human beings. Relationships formed through social interaction provide the space for us to move beyond mere survival, to grow and develop, to build a social safety net that will see us through adverse times.

Storytelling helps bring people together as a way to socially interact, and provides a shared understanding of the world and how people can live within it. It gives us a common sense of purpose. A great story has the power to captivate and inspire. It cements the storyteller within that world as the person who passes on knowledge and wisdom, to increase the collective resilience of, and thereby become indispensable to, her tribe.

“Ability to tell a great story, makes researcher the indispensable to her tribe”.

The Art of Storytelling

We’ve all heard both stories that have affected us intellectually and emotionally and others that have fallen flat. So what makes for a great story?

In “The Four Truths of the Storyteller”(Harvard Business Review, 2007), Peter Guber argues that people are most moved and captivated by stories that reflect honest and openly communicated values and are true to the teller, the audience (who walk away with a story worth owning), the moment (which makes the story spontaneously different every time it is narrated), and the mission, in that the storyteller is devoted to a cause greater than herself.

The story needs to whet the audience’s appetite for what’s to follow, and deliver on the promise through emotional fulfilment. For the story to be successful, it needs to make the audience take ownership—to retell it, in their own terms, while retaining its mission. It may seem contradictory, but intense preparation for, and a deep understanding of, the material being shared supports spontaneity, allowing the researcher to ad-lib with confidence.

The Researcher as Corporate Storyteller

At the turn of the twenty-first century, the typical publishing avenue for corporate researchers was to write for formal peer-reviewed journals and speak at a narrow band of conferences. Where appropriate, they would also file patents for concepts that were generated and explored at those conferences. Department heads would vet the validity of content, the communications department would oversee all things destined for external consumption, and the legal department would take a pass to ensure nothing of significant commercial value they wanted to prevent competitors from having access to was released into the public domain.

The Corporation as Storyteller

The need for corporate storytellers and storytelling has remained constant over time.

The act of storytelling increases the likelihood that the tribe (their department, their business unit, the corporation) will survive. As corporations grow, so does the infrastructure that allows them to systematically tell their stories. The role of marketing, branding, and communications in this process is obvious. However, the most effective stories are told through the experiences of using a great product. Part of what makes that product great is understanding the story of how it came into being.

While the foundation of a great story remains constant, the mechanisms through which stories are told continue to evolve.

For example, discoverability, the persistent record of strong and weak social ties, the medium through which stories are shared—all are different today compared to a century ago. A story documented online remains told, searchable, and quotable until that moment it’s lost to the search algorithms of the day, or to a change in storage formats. The irony is that tangible objects—perceived as ephemeral and awkward to store, access, and share at scale—are often more resilient than their digital counterparts.

A complete story can be told in person or can reveal itself through multiple touchpoints—a clothes tag, something that leads to a website, something that brings people together in a room, a product becoming the backdrop to someone’s next adventure. The storyteller’s spatial awareness of what is happening at each touchpoint impacts how and when the story is delivered.

The evolution of storytelling is also impacted by privacy norms. The tension between our public and private selves is constant, but the way in which this tension is expressed has shifted over time. For example, the connective tissue between the researcher as storyteller and people (including participants) who appear in the story persists long after the study is over. It’s one thing to adapt a story to an audience. It’s another for the audience to be able to communicate with the subject of the story while the story is being told. The sharing norms can change between the time the data was collected and the time it is scheduled to be shared, such is the speed at which adoption and use occurs.

The Researcher and Team as Protagonist

The researcher is in a prime position to be the protagonist in the journey of discovery. What are the pros and cons of the story told through her eyes?

“The risk is that, by sharing something, the researcher may be perceived by the client or her own organisation to be sharing everything.”

The primary benefit is authenticity, that the story is more believable because of a nuanced understanding of context that transports the audience to that time and place. The risk is that, by sharing something, the researcher may be perceived by the client or her own organisation to be sharing everything—that she places her own trajectory above that of the client, the project and team, and her professional duty to the organisation. Elevating one member of the team to tell the story invariably marginalises others. When the researcher is the protagonist, the team risks becoming a footnote.

Excerpt from the Chapter 18, "Sharing", of The Field Study Handbook. In the handbook I explore the four P’s of sharing, that have served me in good stead, in understanding what to deliver to whom, when.

Jan is Founder and Director of Studio D, SDR Traveller. Follow on twitter/janchip and instagram/janchip.

“Let’s Bring It Up to B Flat”: What Style Offers Applied Ethnographic Work, Rick E. Robinson

Ethnography, Storytelling, and the Cartography of Knowledge in a Global Organization: How a Minor Change in Research Design Influenced the Way Our Team Sees, and is Seen by Our Organization, Jay Dautcher & Mike Griffin