by FRANCESCA SWAINE, University of Minneapolis 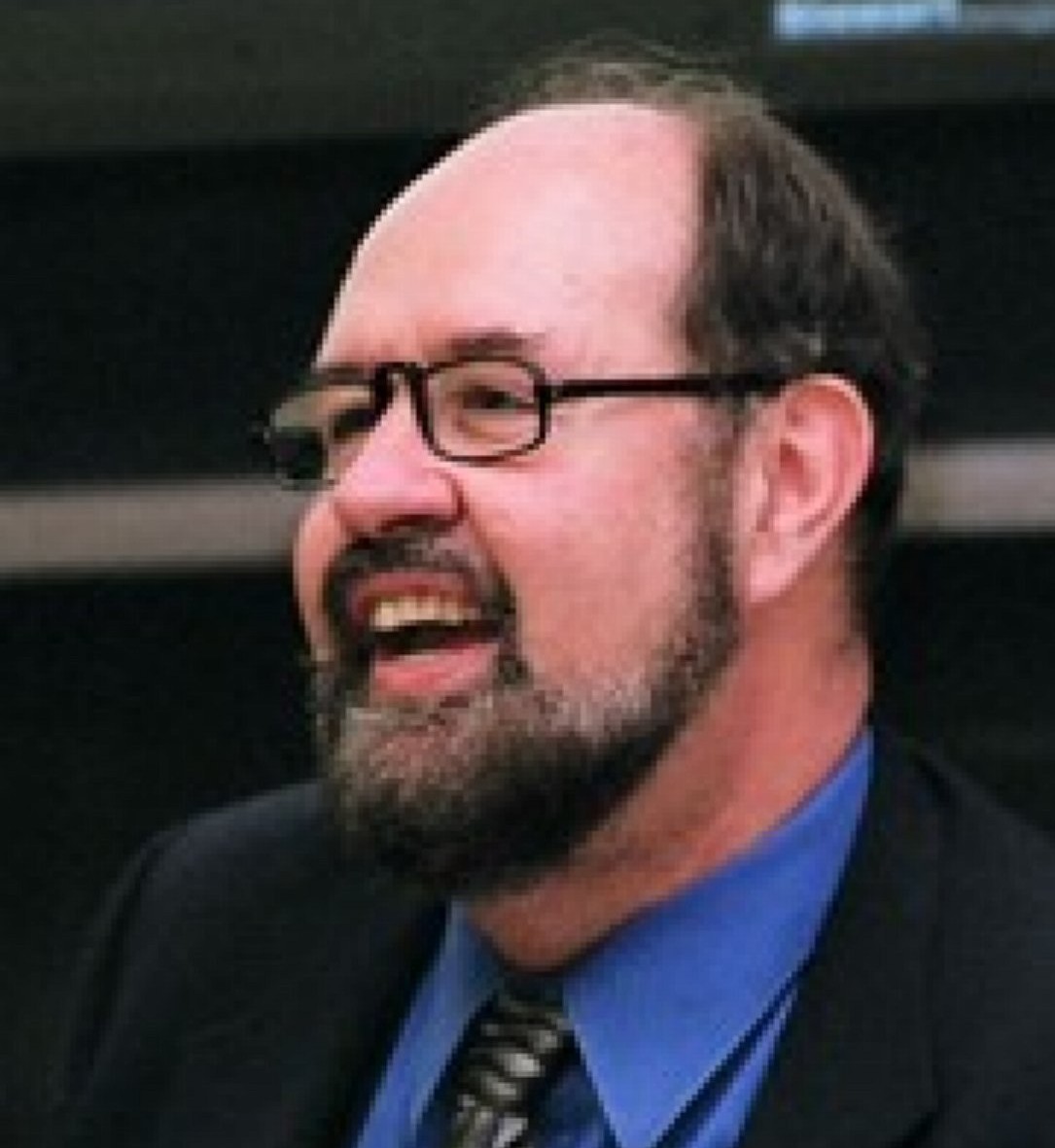 Strike up a conversation with EPIC2016 Conference Chair Bill Beeman and you might be treated to his deep expertise in Iranian politics or pragmatic philosophy...or theater and art history, or smart service systems in product design. He truly is a Renaissance man. Trained as a linguistic anthropologist at Wesleyan University and the University of Chicago, Bill is a distinguished anthropologist, renowned author, professor and chair of the Department of Anthropology at the University of Minnesota, opera singer, actor, and consultant to industry. A pioneer in establishing the value of ethnography in Industry, he forged a partnership between the Department of Anthropology and the Carlson School of Management at the University of Minnesota, co-hosts of EPIC2016.

Bill’s masterful orchestration of art, science and industry are embodied in the conference theme pathmaking. His commitment to pathmaking is based on a fundamental belief that ethnography is the most effective and advantageous method of qualitative research in industry. Ethnography is a universal tool of unparalleled potential, capable of unearthing information that is often either inaccessible through other forms of indirect inquiry or entirely unpredictable. Whether it’s a matter of understanding consumers and how goods and services fit into individuals’ “life worlds,” or a question of production and how people are organized within large commercial or service frameworks, Bill says,

“I think that the work anthropologists do is actually a very important remedy for lots and lots of weaknesses in the business world. It almost seems that when you have something that is successful it happens accidentally, but [anthropologists] would like to reduce this accidental factor, because it can be done.”

So why are ethnographic praxis and practitioners still largely underutilized in industry today? Bill believes this is a problem that EPIC has the potential to solve:

“We’ve gone through several phases in industry of utilizing social sciences but we’ve yet to arrive at the point where business schools are hiring anthropologists or ethnographers for either training or for advice. One of the aims of EPIC is to make people realize the strong value that this kind of research brings to business and commercial operations.”

Interestingly, he sees this as a twofold problem, stemming from both industry and academia. On the one hand, he acknowledges that industry’s misunderstanding of ethnographic praxis and lack of receptivity play a major role:

“I really do hope that eventually business itself will adopt ethnography seriously, in the sense that they will actually get professionals in to do the work, rather than thinking that if they just hang out at a bar and talk to a few people that somehow they’ve done ethnography. It’s kind of sad to see business leaders and strategists totally reinventing the wheel with regard to social science. They’re nice people, but oftentimes they’ll present these kind of ‘thunderbolts’ of business ideas that then reduce to something we teach kids in the first week of cultural anthropology.”

On the other hand, he firmly believes that academia has a hand in the matter. The field of anthropology is steeped in history and tradition and Bill is among it’s most prestigious scholars: he is a Fellow of the American Anthropological Association who has served on the organization’s executive board and has published 14 books and over 100 scholarly and technical articles. He knows first hand that many anthropologists today believe applied anthropology is less prestigious or legitimate than work in academia. Bill sees this as nothing more than a form of “snobbery” that needs to be overcome: 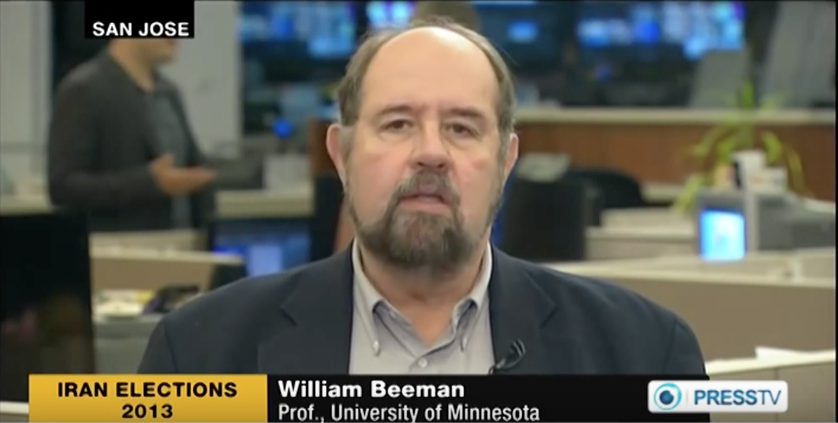 Bill is regularly interviewed by the news media on politics and culture in the Middle East.

In fact, this pervasive attitude and the notion that there is a clear-cut division between theoretical and practical might be doing more harm than good, as it can actively prevent the growth of knowledge:

“A lot of times the really wonderful work that is done in the practitioners’ field never gets translated into theoretical insights, which is a shame, it’s lost knowledge.”

In this sense, EPIC’s ongoing success in highlighting the value of ethnography in industry and the significance of pathmaking actually serves to benefit both “sides” of the coin. Just as business stands to gain from widely accepting and employing ethnographic techniques, so too does academia, especially given that such applied work often yields incredibly valuable insights that promise to further human knowledge and enhance anthropological theory. Bill highlights the importance of EPIC’s forward-thinking participants and the conference itself as a vehicle through which to make this necessary progress:

“I think that one of the great things about the people who are involved with EPIC is that many of them are thoroughly trained in academic work and do contribute to human knowledge through both academic publishing and presentations, and also to practical applications through their work.”

His own active involvement in training the “pathmakers” of tomorrow is predominantly focused on doing just the same. Bill strives to raise awareness and appreciation for the value of ethnography in industry in the eyes of both business students and the next generation of anthropologists.

“One of the reasons for working with our colleagues at Carlson is that we know that the field of anthropology, the field of social sciences in general, has limited career possibilities. These days, within academia there just aren’t enough jobs, but on the other hand the work that can be done in the commercial world or in the public service world, those applications are really crying out for more expertise and better people. From the anthropology side, people are utterly astonished when they’re told that they can have a career in this area. They never thought of it, it was a completely surprising idea, so there is a lack of imagination on both sides that we need to gap.”

Bill’s championing of this cause in higher education not only succeeds in curbing an apparent “lack of imagination” by introducing new generations to the possibilities of working outside of academia, but also serves an important, practical function by guiding new candidates into a growing field that is still somewhat undefined and intangible, and is therefore quite difficult to navigate.

“I think that for students and people who are being trained, it oftentimes takes a long time for them to understand, experientially, what an integrated cultural world really is. You can read these things theoretically, but developing the intuition that you need as an ethnographer requires that you actually go out and do it.”

Though he admits that this is particularly important when working in industry, where having practical experience, some kind of knowledge base, or training in business is often a requirement, Bill doesn’t necessarily believe you have to pursue an MBA to succeed.

“One of the biggest and most frequent complaints I hear from the business world is, ‘yeah, these people are very interesting, but actually they don’t know anything about business,’ and I think that’s wrong. There’s no reason why an anthropologist can’t begin to understand the business world as a cultural world. When you learn how to enter that world and understand it in a clear way, then you are going to be able to able to negotiate it effectively.”

As someone who epitomizes pathmaking philosophically and professionally, Bill also demonstrates the inherent value that any multifaceted approach can have in today’s complex world. Reflecting on the influence that his own multidisciplinary background has had on his work, he highlighted the impact of his training in linguistics and performance studies on his understanding of humans and societies from a business standpoint.

“Language provides enormously important clues for people to understand what’s really going on and what people are really thinking, how they categorize the world. When people are interacting, they’re performing, and they have an expectation that things will change. This is the reason I became interested in advertising, because if advertising works then your disposition to do something or other changes.”

Just as the combination of anthropology and business can yield powerful, transformative innovation and growth, so too can adding other areas of thought and expertise to the mix prove beneficial. Through this inclusivity one can uncover deeper insights and a better understanding of people and their practices. With this theme of pathmaking in mind and with Bill at the reins, EPIC2016 promises to be inspiring and instrumental in furthering the scope and impact of ethnography in industry today. Join us in Minneapolis!

Francesca Swaine is a British expat completing her BA in Anthropology with a minor in Interdisciplinary Design at the University of Minnesota after transferring from NYU. Currently interning at Rabbit Relevance, Francesca plans to pursue a career as an applied anthropologist working in design and consumer insights.

To the End of Theory-Practice ‘Apartheid’: Encountering the World, Marietta Baba (free article, please sign in or sign up)